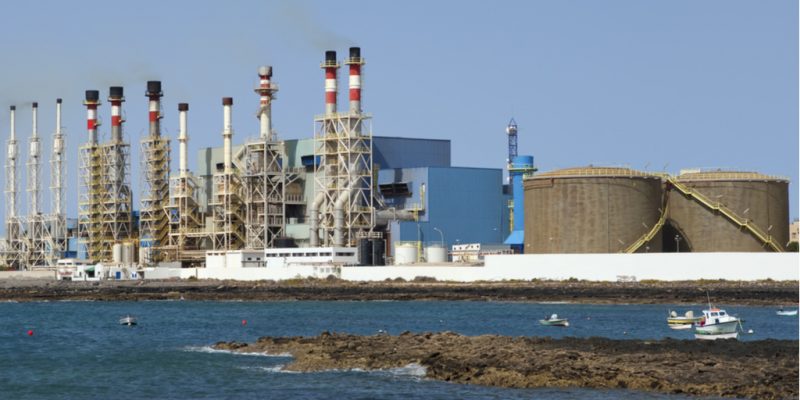 Several African countries are increasingly turning to non-conventional water resources such as desalination. This new policy in favour of desalination stems from the scarcity of surface and groundwater resources in some parts of the continent. This water stress is caused by climate change and human action on rivers, streams, lakes and groundwater.

Surface water resources are becoming scarcer in some parts of Africa. The situation is worsening, while some countries are still trying to ensure basic access to drinking water for their populations. According to the United Nations (UN), the proportion of people with safe access to safe drinking water has only increased from 17.9% to 23.7% in sub-Saharan Africa since 2000. Yet water stress is expected to increase further. According to the UN, by 2030, 75 to 250 million people in Africa will be living in areas of high water scarcity. The international organisation also indicates that this phenomenon will probably lead to the displacement of 24 to 700 million people, as living conditions will become increasingly difficult. 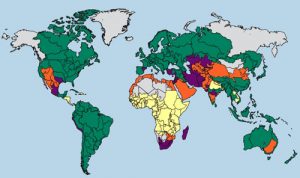 Regions of water scarcity©Comprehensive Assessment of water management in Agriculture

According to some researchers, water shortages could also lead to conflict in Africa. The beginnings of such an outcome have been observed with the construction of the Renaissance Dam on the Ethiopian side of the Nile. Fearing the consequences of water retention on its water supply from the Nile, Egypt has even threatened Ethiopia with military intervention to stop the construction of this large dam which will store 10 million m³ of water. Located downstream of the dam, Egypt and Sudan fear a reduction in the flow of the Nile, a river that is essential for drinking water supply and irrigation in both countries. As a compromise on the reservoir’s filling time could not be reached, Ethiopia has just deployed the army to guard its dam.

Already in 2012, the UN predicted that after 2022, water would be more likely to be used as a weapon of war and a potential tool of terrorism, particularly in North Africa. The water stress causing current and future tensions is also caused by climate change, which causes water to evaporate and changes the precipitation regime, making water harvesting efforts even more difficult. As a result, African States are increasingly turning to non-conventional water sources, such as desalination, to address water scarcity.

Desalination, an alternative for coastal countries

Desalination is a process by which brackish or salt water is transformed into fresh water. This process is applied in desalination stations that treat water pumped from the sea or from salt lakes. There are currently two desalination techniques. The most widely used by plants in Africa is reverse osmosis, which is based on the principle of salt-water separation using a semi-permeable membrane. The second desalination method is electrolysis, which is less suitable for seawater treatment. 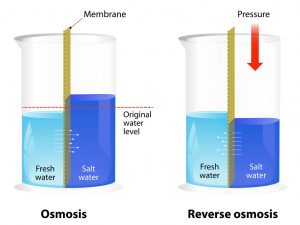 In Africa, desalination has so far been used mainly to produce fresh water for human consumption, but plants are increasingly being built to provide water used for irrigation of plantations. Such is the case of the desalination plant in Agadir (Morocco), currently under construction, with an expected capacity of 275,000 m³ per day. Part of the treated water, i.e. 125,000 m³ per day, will supply an irrigation system in the plain of Chtouka, in central-western Morocco.

Desalination plants are also used to supply water to factories and mines like in western Morocco where the water treated by the seawater desalination plant of Jorf Lsfar (25,000 m³ per day) is used to supply a phosphate mine of the phosphate group OCP (Office chérifien des phosphates). In South Africa, one of the African countries most affected by water shortages in recent years, Lucky Star, a manufacturer of canned fish, has set up two private seawater desalination plants in Laaiplek and Amawandle Pelagic, on the west coast of the country, with a cumulative capacity of 624 cubic metres per day.

The market dynamism of seawater desalination

Water scarcity, which is gradually taking hold in some parts of Africa, should push other countries to turn to desalination. Most projects are currently located in North African countries, notably in Egypt where the government is promoting this unconventional water resource. Thus, several projects are currently being developed in coastal governorates.

To increase investments in desalination tenfold, the country of the pharaohs is counting on public-private partnerships (PPP), which has already enabled several companies to obtain concessions. One example is Metito, an Emirati company, which has joined forces with the Egyptian company Orascom Construction to launch the construction of a seawater desalination plant in El-Arich, in the governorate of North Sinai. The first phase of the project is expected to achieve a capacity of 100,000 m³ per day. The capacity of the plant will then be increased to 200,000 m³ per day in the second phase. Metito and Orascom Construction will sell the produced water to the Holding Company for Water and Wastewater (HCWW), the company that provides the public water service in Egypt.

According to Vasundhara Barawkar, an analyst at Orbis Research, the desalination market is expected to grow further over the next five years. “Desalination technology has been in use for several decades in the Middle East and Africa,” says Vasundhara Barawkar. “The presence of water-intensive industrial sectors such as metallurgy, agriculture, oil and gas, and chemical manufacturing is expected to increase the need for water in these regions, which should broaden the scope for growth in the desalination market by 2025,” he adds. 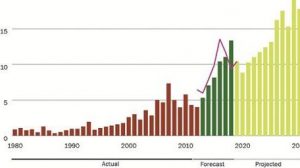 In South Africa, for example, in response to water shortages in recent years, some companies have turned to seawater desalination to supply their plants. Like Lucky Star, a manufacturer of canned fish, which has acquired two desalination plants built by the South African company ImproChem in partnership with Suez Water Technologies & Solutions, a subsidiary of the French group Suez. The two plants provide 624 cubic metres of fresh water per day.

In Namibia, one of the driest countries on the African continent, investments in desalination are intended to supply the population. The country has broad access to the sea and intends to exploit this potential, notably by developing the Walvis Bay desalination project in partnership with its neighbour, Botswana. The water produced by this plant will be shared between the two countries. The Botswana share should be pumped to the capital Gaborone via a pipeline from the Walvis Bay desalination plant, a distance of at least 1,490 km. In addition to this project, which is still at an embryonic stage, small desalination units are being built in several localities in Namibia to supply the population. These plants are known to be energy-intensive.

Electricity consumption and the environmental impact of desalination plants

Electricity consumption is one of the obstacles that hamper the development of seawater desalination on the African continent. The reverse osmosis system uses pressure to separate the salt from the water. Such pressure requires a large amount of electricity. Some researchers believe that the amount of energy consumed by a desalination plant, which supplies water to 300,000 people, is equivalent to the power of a jumbo jet, a large-capacity jet plane such as the Boeing 747. In the African context marked in most countries by a deficit in electricity production, resistance could arise to consider the choice of desalination as a credible alternative to cope with water stress.

In fact, a desalination plant is often perceived as an installation contributing to carbon dioxide emissions into the atmosphere. Carbon dioxide is at the origin of global warming which causes drought in several parts of the African continent. The threat that desalination poses to marine biodiversity should also be mentioned. The intakes installed to pump seawater suck in micro-organisms such as plankton and fish larvae that form the basis of food chains in the sea. Not to mention salt discharges which, if poorly controlled, can affect marine biodiversity in coastal areas.

The only way to reduce the impact of desalination plants is to connect them to a clean energy source. In some desalination projects, such as the one in Agadir in Morocco, the issue of electricity consumption of the future plant has been taken into account. Thus, the Spanish company Abengoa, which is building this plant, will install “the system of pressure exchangers that comes from high-pressure filtration, which makes it possible to recover energy and achieve a very positive impact on the cost of energy, which is reduced by about 43% per cubic metre produced”.

Also, the National Electricity and Drinking Water Utility (Onee) of Morocco will build a transmission line that will connect the Agadir desalination plant to the Tiznit substation. Thus, the electricity that will supply the future facility will be generated by a wind farm, which will help to reduce its environmental impact.

The deployment of containerised systems powered by solar energy

In some hard-to-reach areas, the best way to provide freshwater to people is through small, decentralised systems. For example, many companies and organisations are opting for the deployment of containerised desalination systems powered by solar energy. The small-scale desalination plants are mobile and easy to deploy in rural areas.

A German supplier of solutions for autonomous power supply systems, Phaesun, recently installed two small, solar-powered desalination systems in Ndedo, a village in the Maasai community in Tanzania. These small plants provide 2 m³ of drinking water per day to the local population.

A containerised system was also installed in the municipality of Hessequa, located more than 3 hours drive from Cape Town, South Africa. Running on solar energy, the plant was installed in 2018 by French start-up Mascara Renewable Water and has a production capacity of 300 cubic metres per day. 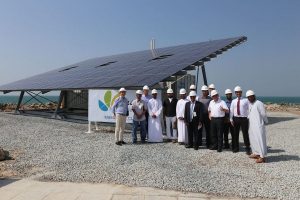 Mascara Renewable Water wants to spread its solution to the rest of Africa. So in 2019, the start-up has formed a partnership with Vergnet Hydro, a French company that builds drinking water supply systems in Africa. The two companies want to process brackish water in countries such as Mozambique, Burkina Faso, Guinea, Mali, Mauritania, Niger, the Democratic Republic of Congo (DRC) and Senegal.