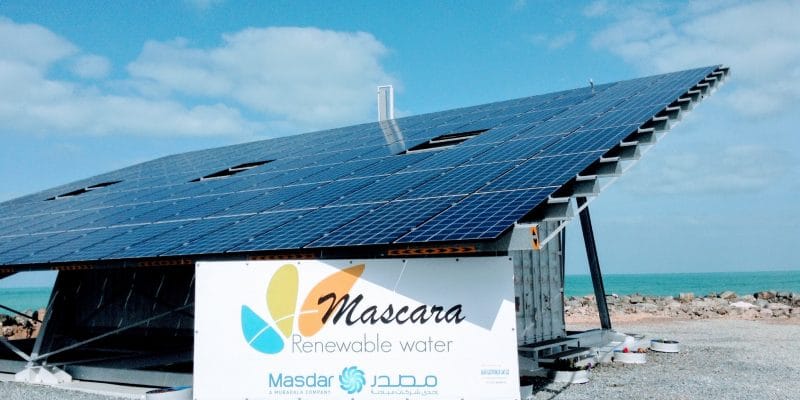 The French start-up Masacara Renwable Water recently raised €2.2 million for the distribution of its small desalination units. The young enterprise has already installed the units in several African countries.

Masacara Renwable Water has additional funds to expand its activities. The French start-up specialising in desalination recently raised €2.2 million in funds. The money was mainly raised from Sofimac and Go Capital, two financial institutions that raised €1 million. The rest was collected from the Famae Foundation through its Famae Impact Fund and Gaia Impact Fund. The Wiseed crowdfunding platform also participated in the fundraising.

The €2.2 million will enable Masacara Renwable Water to expand its services, including the installation of small desalination units. They are composed of a containerised water desalination system. The whole system is powered by a solar off-grid system that makes the system autonomous and ecological.

“Mascara has developed an industrial technology for desalination of brackish water (…) with very low operating costs, from 100 to 130 CFA francs (0.15 to 0.20 euros) per m3, and specific consumptions in the order of 1.2 kWh to 1.5 kWh per m3,” the start-up recently explained. Africa undoubtedly occupies an important place in the development strategy of the start-up company based in Chartres, France.

Its small desalination units have already been installed in several countries on the African continent. One example is a plant in South Africa that supplies 300 m3 of drinking water per day in the Hessequa municipality, located over three hours drive from the city of Cape Town. This rapidly expanding containerised plant was established in this locality during the height of the South African water crisis in September 2018.

A few weeks ago, the start-up, which employs 15 people, signed a partnership with Vergnet Hydro, a company that builds drinking water supplies in Africa. This alliance with a more experienced company has enabled the start-up to deploy its reverse osmosis technology in Mozambique and Cape Verde. With Vergnet Hydro, it is entering the brackish water treatment sector and is targeting countries such as Mozambique, Burkina Faso, Guinea, Mali, Mauritania, Niger, the Democratic Republic of Congo (DRC) and Senegal. Marc Vergnet, the founding president of Masacara Renwable Water, also created Vergnet Hydro in 1988, before leaving the company in 2012.