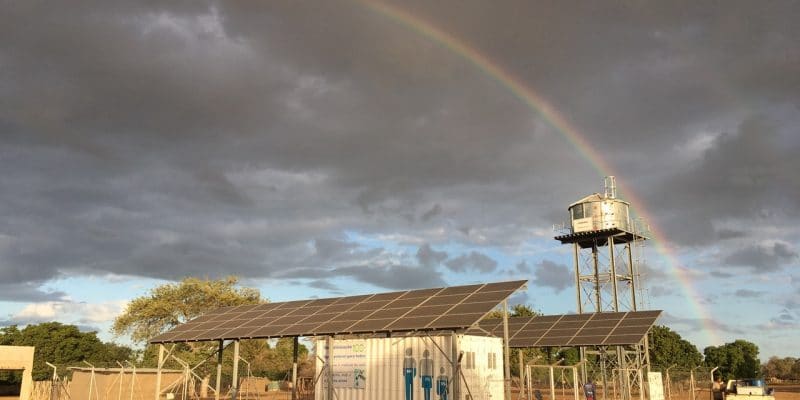 Two French companies have decided to form a unique alliance to provide brackish water treatment systems using solar energy on the African continent. The two companies are Vergnet Hydro and Mascara Renewable Water, both known for their drinking water projects in Africa.

The French companies Vergnet Hydro and Mascara Renewable Water have recently signed a partnership agreement for the supply of brackish water treatment systems in Africa. It is slightly or moderately salty water, which appears following the encounter of masses of fresh and salty water. These pockets of brackish water are found in several regions of the African continent.

For this water to be consumed, it must first be treated, hence the need for a means of treatment, which would be made available to Africa by the companies Vergnet Hydro, and Mascara. “The objective of this partnership is to pool our skills, strengths and networks in order to offer a key solution to States, donors and NGOs (non-governmental organisations): from the pumping of unsafe water to the distribution of drinking water at the tap,” says Thierry Barbotte, the Managing Director of Vergnet Hydro.

Vergnet Hydro and Mascara offer a containerised and therefore easy-to-install water treatment system that operates on a solar mini-grid, accompanied by an emergency generator. This installation, which uses Osmosun technology, is developed by Mascara. It has already been used by TWS-Turnkey Water Solutions, which supplied a small containerised seawater desalination plant to the municipality of Hessequa, located not too far from Cape Town in South Africa. The facility provides 300 m3 of drinking water per day. 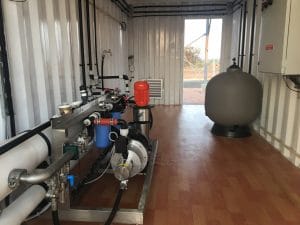 “Mascara has developed an industrial technology for desalination of brackish water (…) with very low operating costs, from 100 to 130 CFA francs (0.15 to 0.20 euros) per m3, and specific consumptions in the order of 1.2 to 1.5 kWh per m3,” says Vergnet Hydro. Vergnet Hydro and Mascara are currently providing these installations in 8 African countries. These are Mozambique, Burkina Faso, Democratic Republic of Congo (DRC), Guinea, Mali, Mauritania, Niger, Senegal and Burkina Faso. This system was first tested by the two companies in Mozambique as part of a project to provide drinking water in rural areas.

With the support of Afridev Mati, the two companies provided brackish water treatment systems with water desalination in six villages with a population of 7,200 in the southern Mozambique province of Gaza.