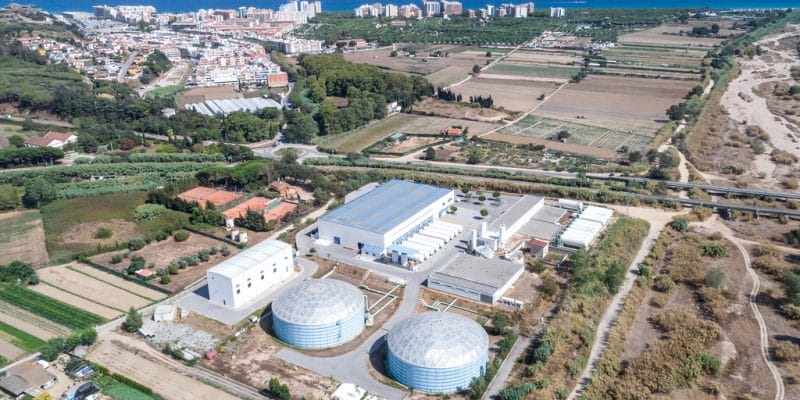 The Moroccan King Mohammed VI launched a few days ago the deployment of the irrigation system that will operate with water from the Agadir desalination plant. This plant will also provide drinking water for the populations of Greater Agadir.

At the Agadir desalination project site in Morocco, work is progressing and is already 65% complete. The milestone was recently reached when King Mohammed VI of Morocco launched the construction of an irrigation system that will be supplied by the seawater desalination plant.

This plant is being built under a public-private partnership (PPP) by the Spanish company Abengoa. It is located on a 20-hectare plot of land along the coast, in the locality of Douira, 40 km from the city of Agadir. The entire facility comprises an offshore intake connected to two pipes that will convey the water to the desalination plant.

A plant running on electricity from a wind farm

The Agadir seawater desalination plant will have a daily capacity of 275,000 m³, expandable to 450,000 m³ per day. The plant will be accompanied by reservoirs for storing drinking water, at least five pumping stations, 22 km of pipelines and about 490 km of distribution network. At least 150,000 m³ of water will thus be transported daily to Greater Agadir, including the city and the territory.

Part of the water treated by reverse osmosis, i.e. 125,000 m³ per day, will be used to supply an irrigation system in the Chtouka plain. The process of desalinating water by reverse osmosis is quite energy-intensive. In order to reduce the plant’s electricity consumption, Abengoa is installing “the pressure exchanger system, which is derived from high-pressure filtration, which allows energy to be recovered and has a very positive impact on the cost of energy, which is reduced by about 43% per cubic metre produced”.

An investment of more than 418 million euros

The National Office of Electricity and Drinking Water (Onee) is building a transmission line that will connect the Agadir desalination plant to the Tiznit substation. The electricity that will supply the future facility will be generated by a wind farm, which will reduce its impact on the environment.

The overall project will require an investment of 4.41 billion Moroccan dirhams, i.e. 418.4 million euros. Abengoa is financing the project with its local partner InfraMaroc. The plant will come into service in March 2021.