Homepage » ETHIOPIA: Renaissance Dam will be impounded in July 2020.

ETHIOPIA: Renaissance Dam will be impounded in July 2020. 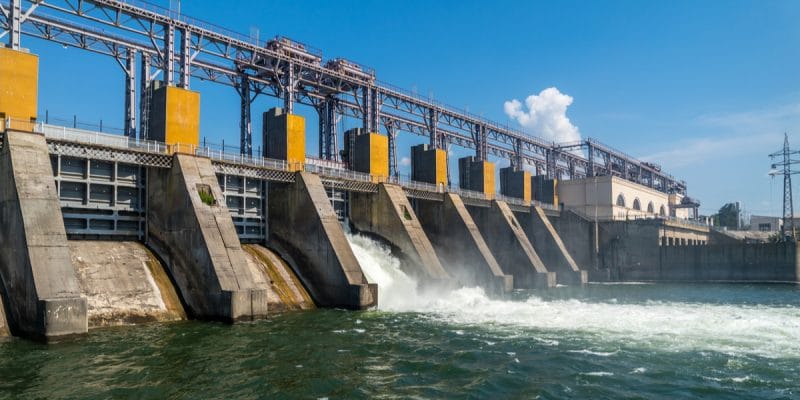 Ethiopia, despite Egypt's refusal, remains firm in its position to continue the construction of its hydroelectric dam on the Nile. Prime Minister Abiy Ahmed has reiterated his intention to fill the enormous dam, which has a total capacity of 74 billion cubic metres, by July 2020.

Ethiopia is determined to start an energy revolution through its gigantic hydroelectric project on the Nile. The Great Ethiopian Renaissance Dam (GERD), which requires 74 billion cubic metres to fill, is announced as the largest hydroelectric facility in Africa, with a capacity of 6,000 megawatts. In addition to the production and export of electricity, this dam should enable Ethiopia to develop irrigated agriculture, which is virtually non-existent, with the result that only 3% of the territory is covered by agricultural land.

During the celebration of the ninth anniversary of the start of construction work on the dam on April 1, 2020, the Ethiopian Prime Minister, Abiy Ahmed, maintained the work schedule, including the filling of the dam, which should begin in July 2020. “The current coronavirus outbreak should not prevent us from completing the project,” he added, before emphasizing the symbol that this work represents. “For us it is the second most important thing after human life,” said Prime Minister Abiy Ahmed, who also sent military troops to secure the workers on the site.

The problem of Egypt

This reaffirmation of Ethiopia’s inflexible will regarding the continuation of construction work on its dam on the Nile will certainly have increased tensions with Egypt. That North African country, located downstream from the Nile, and which releases more than 95 per cent of its water resources from the river, is concerned that the Ethiopian dam, built upstream from the river, could reduce its flow, at least during the filling phase. All the more so since the American mediation between the three countries sharing the waters of the Nile has failed. Addis Ababa refused, despite American injunctions, to initial the agreement signed by Egypt on February 29, 2020 in Washington.

The discussion focused on the duration of the filling of the dam. Ethiopia wants to achieve this in less than 7 years while Egypt demands a longer period to maintain the flow of the Nile.

Faced with this rise in tensions between Ethiopia and Egypt, their common neighbor offered to mediate. But Cairo does not trust a Sudanese mediation, knowing that this country also benefits enormously from the construction of the Renaissance Dam, in particular the cancellation of floods on its territory, thanks to better control of the Nile’s flow. The country will also benefit from cheap electricity from a dam 25 kilometres from its border with Ethiopia.