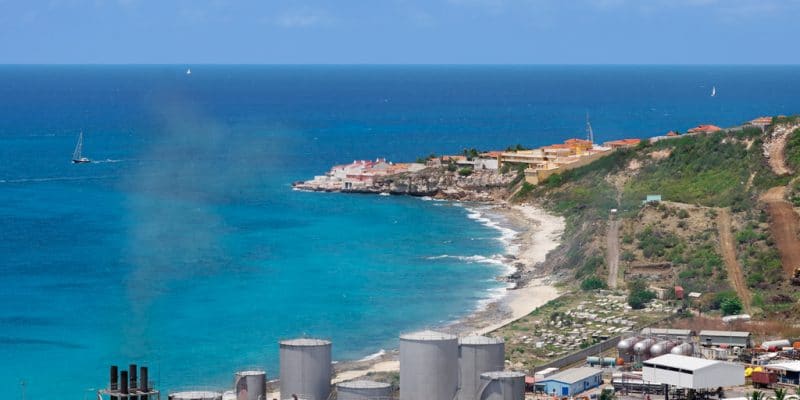 The Namibian authorities intend to accelerate the Walvis Bay seawater desalination project. It will enable the construction of a large desalination plant to supply water to Windhoek, the capital of Namibia, and Gaborone, Botswana's main city.

As Namibia barely recovers from the long period of drought that rocked the country during the last dry season, the government wants to carry out a major desalination project. It will be developed in the town of Walvis Bay. According to John Mutorwa, Namibia’s Minister of Agriculture, Water and Forestry, the project’s feasibility study is expected to be completed soon.

The desalination project is becoming a priority for the Namibian government in the water sector. The objective is to pump water from the Atlantic Ocean and carry out treatment via a large desalination plant built in the town of Walvis Bay. The water will then be used to supply the city of Windhoek in Namibia and Gaborone, the capital of neighbouring Botswana. This southern African country is also affected by drought. And, unlike Namibia, it has no access to the sea.

Shortage in drinking water production in Windhoek and Gaborone

For the moment, no details are available on the Walvis Bay desalination project. Undoubtedly, more will be known with the delivery of the results of the feasibility study currently underway … This is an important project that has been mobilising both countries for several years. It has been reactivated because of the increasing number of droughts.

The situation is expected to worsen further according to the Namibian government’s forecasts. “By 2050, the deficit in the production of drinking water in Namibia’s coastal areas will be of the order of 36 million m3 per year. The amount of additional water demand for Windhoek and surrounding communities during the same period will be in the order of 32 million cubic metres per year, while the projected demand for Gaborone in Botswana would be 20 million cubic metres per year,” says Minister John Mutorwa.

The construction of a desalination plant in Walvis Bay could help to reduce the deficit in drinking water production. The project is expected to require huge investments, in particular for the transport of water from Walvis Bay to Gaborone (via Windhoek). A distance of over 1490 km separates the two cities but they are already connected by a road. The water pipeline could follow this route. Namibia and Botswana are expected to finance the future facility. The two governments reaffirmed their willingness to work together during the visit of former Botswana President Seretse Khama Ian Khama to Windhoek in 2018.

Both countries could benefit from German support through its development agency, Kreditanstalt für Wiederaufbau (KfW). In addition, a few days ago the German ambassador to Namibia Herbert Beck took part in a workshop on a feasibility study on seawater desalination in Namibia. The aim of the study is to provide a detailed analysis of water demand in the coastal and central regions, specifically the cities of Windhoek, Walvis Bay and Swakopmund.

The other objective of the study is to formulate proposals regarding, among others, the corresponding desalination option, the water transfer system and the necessary power infrastructure. The Namibian government is betting on solar power, a renewable energy source that is widely available in the country.