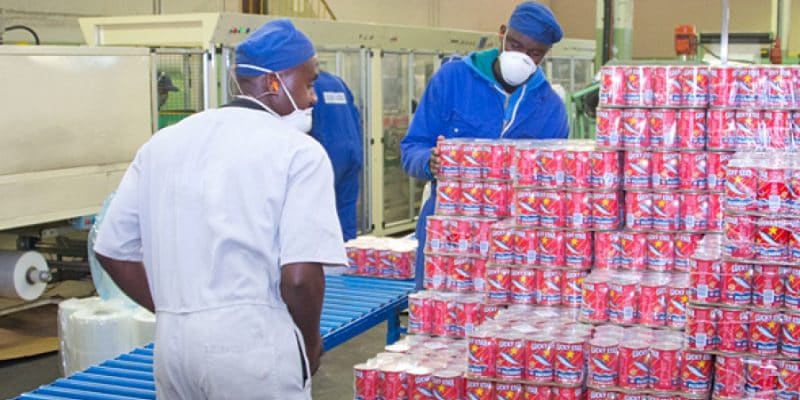 Lucky Star, which produces canned fish, has just opened two seawater desalination plants in Laaiplek and Amawandle Pelagic on the west coast of South Africa. The treated water will be destined for fish canning factories.

Drinking water is a scarce commodity in South Africa. While this is a burden for families, it is also a burden for enterprises that need this resource to run their businesses. Among them is Lucky Star, who uses water to clean the fish she conserves. To guarantee its autonomy in water, the company has built two seawater desalination plants which were recently inaugurated. The construction work was carried out by ImproChem, a subsidiary of AECI Water & Process, which provides technological solutions in the water sector.

The first plant is located in Laaiplek, on the west coast of South Africa and about 1 km away, is Amawandle Pelagic’s. Together, these two plants are capable of desalting 26 m3 of water per hour, or 624 m3 of water per day.

The desalinated water in the Laaiplek and Amawandle Pelagic plants is intended to supply the Lucky Star factories that manufacture canned fish. To ensure the sustainability of water production, ImproChem will ensure the maintenance of the two desalination plants. The company, which employs nearly 500 people, has formed a partnership with the French company Suez Water Technologies & Solutions which “gives it access to the latest water treatment technology”. It was therefore Suez’s know-how that enabled it to build the two desalination plants in just two months. These two stations are in addition to another that Lucky Star opened in April 2018. The latter is located in St Helena Bay and has already produced over 50 million litres of water since its opening, according to Sepadi Mohlabeng, ImproChem’s executive director. The plant produces 36 m3 per hour, or 864 m3 per day.

These seawater desalination plants will allow Lucky Star to further become independent from the national water distribution network in South Africa because the country is not ready to get rid of the water restrictions, implemented in 2018, that are still in place in the Western Cape region. They will remain until dam levels reach more than 85% on average collectively. Dam levels were 53.05% as of July 9, 2018.