Homepage » AFRICA: when climate change defies all predictions
This article is part of the dossier
COP26: AFRICA'S PLACE IN THE NEGOTIATIONS AT A TIME OF CLIMATE CHANGE 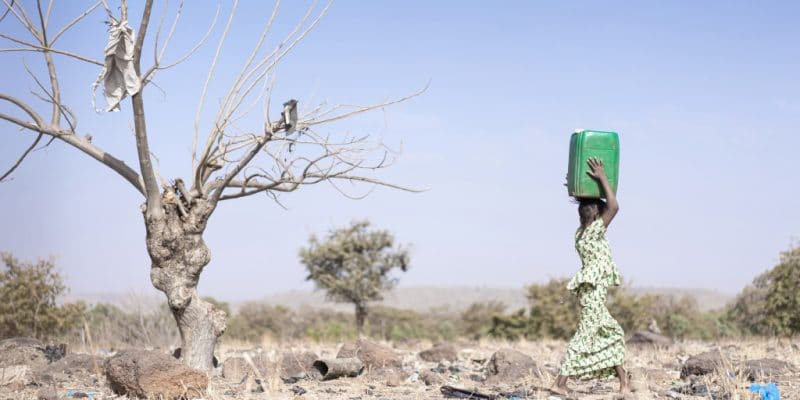 Where does climate change stand today? According to the first part of the sixth report of the Intergovernmental Panel on Climate Change (IPCC), published in August 2021, the phenomenon is accelerating faster than expected and the consequences on the environment and human health are devastating. On the occasion of the 26th United Nations Conference of the Parties on Climate Change (COP26), held in Glasgow, Afrik 21 points out the negative impacts on the African continent, as well as some adaptation solutions in the most affected countries.

The first observation made by the Intergovernmental Panel on Climate Change (IPCC) is the rise in temperature, which is expected to reach or exceed 1.5°C over the next 20 years. Africa is not spared from this peril, which implies significant heat waves with longer dry seasons and shorter cold seasons. The negative impacts are already palpable here, with a country like Cameroon (often referred to as Africa in miniature) combining on its territory the two major and paradoxical scourges that are spreading across the continent: drought and floods. 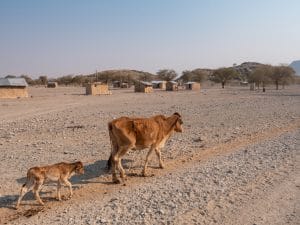 Drought is at the top of the list. Many African countries are suffering from it, including the deep south of Madagascar, which is going through a period of record drought. The last dry season of 2020 in this southern African country was particularly cruel in the regions of Androy and Anosy. According to the United Nations Food and Agriculture Organization (FAO) and Madagascar’s Ministry of Agriculture, 500,000 people were affected by the drought. The countries located in the Horn of Africa are also strongly affected by the phenomenon, namely Ethiopia, Somalia and Kenya. The ten countries of the Sahel region are also affected: Burkina Faso, Cameroon, Chad, Gambia, Guinea, Mali, Mauritania, Niger, Nigeria and Senegal.

While these are of course regions with arid and semi-arid climates, the phenomenon of drought mentioned here is further accentuated by climate change, which the IPCC expects to worsen over the years. A situation that is already causing a lot of damage.

The World Health Organization (WHO) considers that water stress exists when an inhabitant has less than 1,700 m3 of water per year. This situation is true in most African countries affected by drought, with the direct consequences of food insecurity, population displacement and the emergence of new conflicts. Water stress is aggravated by human beings, who overexploit groundwater and surface water resources to meet their needs.

Regarding food insecurity, the 2017 and 2018 FAO reports indicate that 256 million people are hungry in Africa, or one-fifth of the population due to declining agricultural production. This is because agriculture is very dependent on water. However, countries no longer have enough water and the available resources are sometimes unevenly distributed, as is the case in Sudan. In this country, located in North Africa, only the populations of the eastern region are supplied with water from the Nile River, a withdrawal of 20 billion m3 according to a report by the French Treasury. The inhabitants of the other regions of Sudan must rely on wadis and seasonal wells that are drying up more and more because of the drought. This leads to water conflicts between farmers and herders. The country is also one of the protagonists in the “Nile water war” between Egypt and Ethiopia, which has been going on for more than 10 years.

At the heart of these tensions is the right to water. For the three countries share the waters of the Nile. The Blue Nile originates in Ethiopia, before joining the White Nile in Khartoum, Sudan, to form the Nile, which then flows through Sudan and Egypt to the Mediterranean. Egypt is opposed to the construction of the Renaissance Dam, which Ethiopia began in 2012. It fears a reduction in the flow of the river, from which more than 90 percent of its water supply comes. Egypt is demanding access to a guaranteed minimum annual flow of 40 billion cubic meters, which Ethiopia has so far refused to grant. The issue at stake is mainly the duration of the filling of the dam. For the Egyptian request assumes that the operation will be carried out over more than 7 years so that the downstream flow is not too restricted during this time. Ethiopia, on the other hand, is planning on 3 to 5 years to be able to take advantage of its dam and the positive impacts it will have on the growth of its economy as soon as possible. Talks are continuing between the governments of Egypt and Ethiopia. Failure to reach an agreement could result in significant conflict and serious humanitarian consequences.

Located in north-central Africa, Lake Chad is also a source of conflict. Since the 1960s, the water body has lost 90% of its volume due to overexploitation and climate change, intensifying tensions between herders and farmers. The lake borders four countries, namely Chad, Nigeria, Niger and Cameroon. It covers nearly 8% of the continent and extends over seven countries: Algeria, Cameroon, Central African Republic, Chad, Libya, Niger and Nigeria. Some families living in these countries have migrated to find water. The resolution of these crises will require access to water, it is inescapable. The question now is how to re-appropriate the resource.

In Nigeria, the federal government has embarked on a vast national reforestation plan to plant 25 million trees to capture carbon dioxide and halt the advance of the desert. This West African country is experiencing land degradation of about 400,000 hectares due to deforestation. Kano State launched its campaign in September 2021. The operation aims to plant one million trees across Kano’s 44 local councils by volunteers from the non-governmental organization (NGO) GivFree Africa. Not far from Nigeria, the Republic of Niger is preparing to create a carbon sink, a forest of some ten million trees. 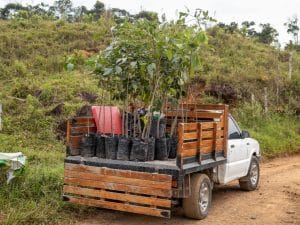 Tree seedlings for a reforestation project©PlataRoncallo/Shutterstock

This other project was presented in June 2021 by the former president of Niger, Mahamadou Issoufou. Niger, 2/3 of whose surface area is occupied by desert, is among the African countries most vulnerable to the effects of climate change. The vulnerability profiles to this phenomenon, carried out in 2016 in Niger by the United Nations Environment Programme (UNEP), show that nearly 5 million people are exposed to the risk of a mild drought, 6.35 million to a moderate drought and about 7.9 million to a severe drought.

In Kenya, the authorities have the ambition to restore 500,000 hectares of pasture in 11 dry counties. The goal is to improve the lives of 620,000 people who live mainly from livestock and agriculture. For its part, Madagascar is promoting irrigation. In this context, the country is benefiting from the African Development Bank’s (AfDB) African Disaster Risk Financing Initiative (ADRiFi). In 2020, the Malagasy government received $2.13 million to cover drought-related risks in the south of the country, which has the driest climate on the island. The funds allocated by payment from the Pan African Risk Management Corporation (ARC) represent the premium for drought insurance purchased by Madagascar for 2019-2020 for the provision of water to 84,000 households, protection for 15,000 vulnerable households, and nutritional support for 2,000 children under the age of 5. In addition to the efforts of the Malagasy government and private partners, populations are multiplying their adaptation strategies in the face of water stress.

In the village of Ampotaka in southern Madagascar, farmers dig out the trunks of baobabs to make water tanks during the rainy season. The water is then used during periods of severe drought. This measure has been in effect in this part of the country since 2006. In the Horn of Africa, Kenya is also considering harvesting rainwater to irrigate its arable land, increasing agricultural yields. Kenya’s Ministry of Water, Sanitation and Irrigation launched the rainwater harvesting project in September 2021 in Homa Bay County in the west of the country. The water will be stored in four ponds and will supply about 1,000 households. The Kenyan central government plans to commit $8 billion to climate change mitigation and adaptation over the next 10 years.

The plan also includes projects to make Kenyans more resilient to flooding. Rising water levels are another consequence of climate change. It is accentuated by coastal erosion (displacement of soil or rocks under the combined action of gravity and natural elements such as wind, rain, water runoff or waves, editor’s note). In early 2021, for example, Longicharo Island in Kenya was completely flooded due to the rising waters of Lake Baringo. The situation was such that the wild animals living on the island, including Rothschild’s giraffes, were evacuated in an emergency.

Flooding will displace 2.7 million people by 2050

According to the recent IPCC report, worsening climate disruption also means torrential rains. This other disaster will displace nearly 2.7 million Africans by 2050. “In the tropics, fishing will be affected, with potential catches falling by 40 to 70 percent. As for nature, the extinction of animal and plant species would be 1,000 times faster than in the mid-nineteenth century,” explain the IPCC experts in the first of four parts of its 6th report on climate change.

In the Senegalese capital Dakar, the construction of new drainage canals and pumping stations has failed to stop the rains, which flood the streets every year. This situation prompted the Senegalese government to trigger the Disaster Relief Organization (ORSEC) plan in August 2021. This is a mechanism for coordinating relief operations set up at the departmental, regional and national levels to manage disasters that may occur in the country. For this operation, the Government of Senegal has released the sum of 27.8 billion CFA francs (42.3 million euros). An investment that comes in addition to the 780 million euros committed to the fight against floods since 2012 in Senegal. 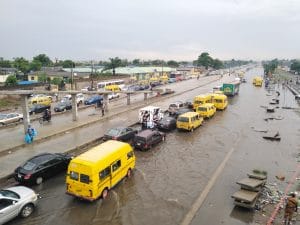 In addition to Senegal, countries such as Cameroon, the Democratic Republic of Congo (DRC), Rwanda, Côte d’Ivoire, Uganda, Kenya, Congo, Ghana, Liberia, which warned in 2019 against massive flooding, Tanzania or Sudan are facing floods. If the various projects (rainwater harvesting, drainage, etc.) implemented so far have not succeeded in containing the phenomenon, leaders are now pinning their hopes on the COP26 that begins in Glasgow. But it will not only be about finding solutions to the problems of water stress and flooding. Climate change is also amplifying the thawing of permafrost and the loss of seasonal snow cover, the melting of glaciers and ice caps and the reduction of Arctic sea ice in summer, acidification and the decrease in oxygen content. These are all battles that must be fought if we hope to save Africa, and indeed the entire planet, from a major catastrophe for all forms of life on earth.