Homepage » NIGER: The Issoufou Mahamadou Foundation announces the creation of a carbon sink

NIGER: The Issoufou Mahamadou Foundation announces the creation of a carbon sink 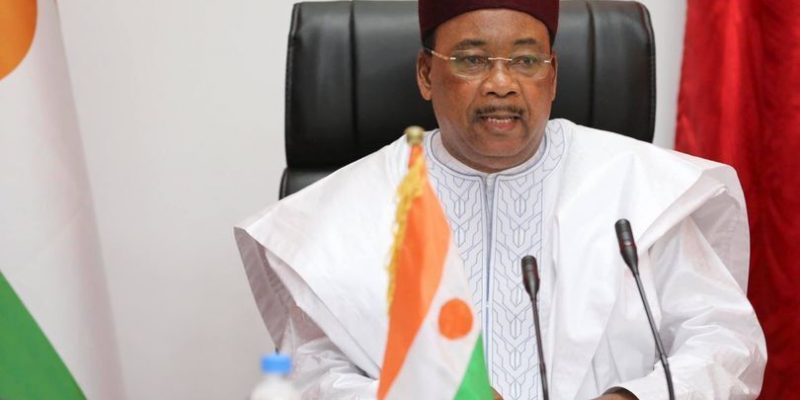 The former president of Niger is committed to the fight against climate change in his country. At the launch of his foundation on June 12th, 2021 in Niamey, Mahamadou Issoufou announced the creation of a carbon sink, i.e. a forest of around ten million trees. The aim of this initiative is to combat the advance of the desert. Two thirds of Niger's surface area is arid and desert land.

After leading Niger from April 7th, 2011 to April 2nd, 2021, Mahamadou Issoufou is wearing the mantle of an ecologist and announcing a giant reforestation project. “We are going to start this vast project by setting up a carbon sink, a huge forest with ten million trees,” explains the former Nigerien president, before adding that the success of this pilot project will allow it to be extended to the national level.

This project is part of the missions of the Issoufou Mahamadou Foundation (IMF), which was launched on June 12th, 2021 in Niamey, the capital of Niger. According to Mahamadou Issoufou, FIM will also contribute to the development of human capital, the fight against desertification, the restoration of land and ecosystems, and the protection of biodiversity.

About 7.9 million people are at risk of severe drought

The projects announced by the former Nigerien president are beneficial for his country. Niger, 2/3 of whose surface area is desert, is among the African countries most vulnerable to the effects of climate change. Climate change vulnerability profiles carried out in Niger in 2016 by the United Nations Environment Programme (UNEP) show that nearly 5 million people are at risk of a mild drought, 6.35 million at risk of a moderate drought and around 7.9 million at risk of a severe drought.

Read also: NIGER: the country remains at the top of the African air pollution ladder

The projects announced by Mahamadou Issoufou as part of the activities of his young foundation are financially guaranteed. Their realisation will not necessarily come up against a lack of financial means. For the promoter of FIM is a millionaire in dollars.

On June 3rd, 2021, the former Nigerien president received the Mo Ibrahim Prize, which rewards African heads of state who respect the constitutional limit of their presidential term. Mahamadou Issoufou has thus won a pot of 5 million dollars, destined for the charities he initiates.