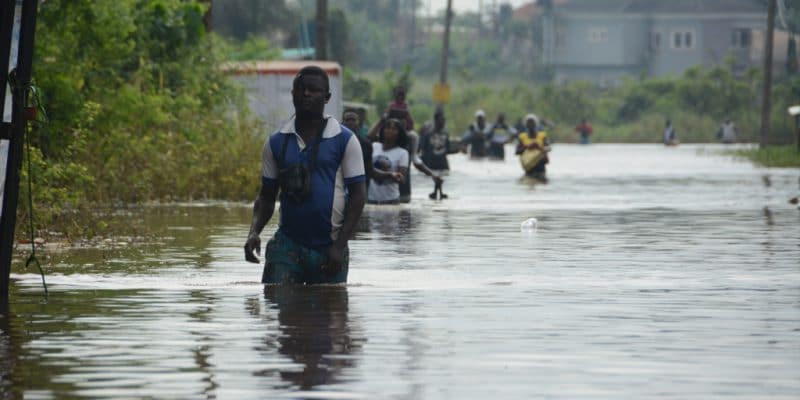 The Senegalese government has promised to release €42.3 million to combat the floods currently affecting the capital Dakar. In the wake of this, the Disaster Relief Organisation (Orsec) plan has been triggered to deal with the situation.

The city of Dakar, and several parts of Senegal, has been facing floods since the beginning of the rainy season. In the capital, the phenomenon particularly affects the council of Keur Massah. It is in this suburb that the Senegalese Minister of the Interior Antoine Félix Abdoulaye Diome launched the Disaster Relief Organisation (Orsec) plan. This is a mechanism for coordinating relief operations at divisional, regional and national levels to manage disasters that may occur in the country.

Orsec aims to facilitate the mobilisation and rapid engagement of exceptional means when the ordinary means of public rescue services risk being overwhelmed by the number of victims or the scale of an accidental or catastrophic event. And in Dakar, the frustration of the population is being felt in the face of repeated flooding. Minister Antoine Félix Abdoulaye Diome announced the release of 27.8 billion CFA francs (42.3 million euros) to deal with the floods.

According to Senegal’s Budget Director Mamadou Moustapha Ba, 83% of the sum announced by the government has already been mobilised from internal resources. And the remaining 17%, corresponding to nearly 4 billion CFA francs (over 6 million euros), will be raised from external funding. “The funds mobilised cover all the projects and programmes that contribute effectively to the fight against flooding for the current year,” says Mamadou Moustapha Ba.

With the launch of the Orsec plan, the first means of fighting floods have begun to be mobilised, in particular fifty hydro-cleaners to unblock the drains, as well as 150 motor pumps. But Dakar seems to be in a never-ending cycle, with floods returning every year during the rainy season which runs from July to September. Yet the authorities mobilise every year to deal with this perpetual crisis.

In order to find a permanent solution to this situation, the Senegalese government launched the Ten-Year Flood Management Programme (PDGI) in 2012, which has since mobilised 511 billion CFA francs (780 million euros) from several financial partners to improve drainage infrastructure in Dakar. Despite the construction of drainage canals and pumping stations, the Senegalese capital is submerged every year by rainwater.