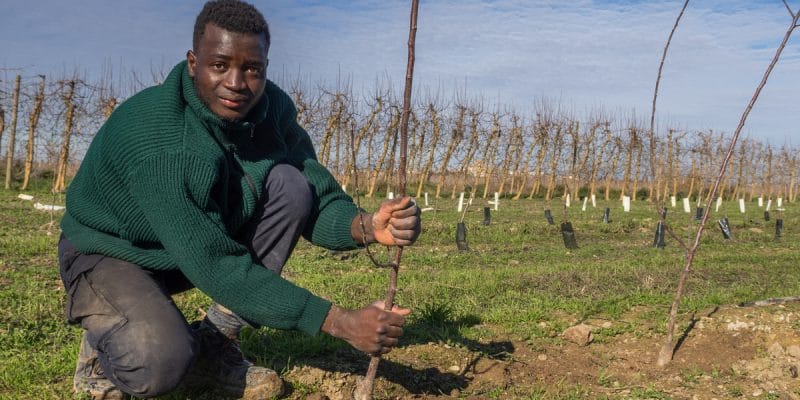 The government of Kano, a state in northern Nigeria, is committed to planting one million trees. The reforestation campaign aims to halt the advance of the desert in a region marked by temperatures of up to 440c.

Desertification has reached alert levels in Nigeria. The West African country is experiencing land degradation of around 400,000 hectares due to deforestation. “Nigeria currently has only 4% forest cover, 96% is gone. Nigeria is no longer green, it is now brown. We have facts and figures that tell us to do something about it at the level of government, faith-based organisations, communities and as individuals,” says Mutari Aminu-Kano, the Executive Director of the Nigerian Conservation Foundation (NCF).

To reverse land degradation and global warming, Kano State in northern Nigeria has launched a reforestation campaign. One million trees will be planted across the 44 local councils in Kano, by volunteers from the non-governmental organisation (NGO) GivFree Africa. The operation, which will begin before the end of the rainy season to avoid any inconvenience to the growing seedlings, will be coordinated by the Kano State Reforestation Agency. “This reforestation campaign is taking place in a local context of extreme temperatures. “In 2020, Kano recorded temperatures of up to 440c,” says Kabiru Getso, the State Commissioner for the Environment.

Nigeria has embarked on a massive national reforestation plan to plant 25 million trees. Speaking at the United Nations climate summit on September 23rd, 2019 in New York (in the United States of America), Nigerian President Muhammadu Buhari, said the reforestation is aimed at increasing carbon sinks in Nigeria.

Read also-NIGERIA: 25 million trees will be planted to absorb CO²

But in Kano State, the implementation of this national reforestation plan is not limited to planting trees. It is accompanied by a series of government policies and frameworks anchored on environmental security and sustainability, biodiversity conservation, and combating desertification, pollution, flooding and soil erosion. The Kano government has also recruited 1000 sanitation vanguards to monitor the environment and ensure strict compliance with environmental regulations.