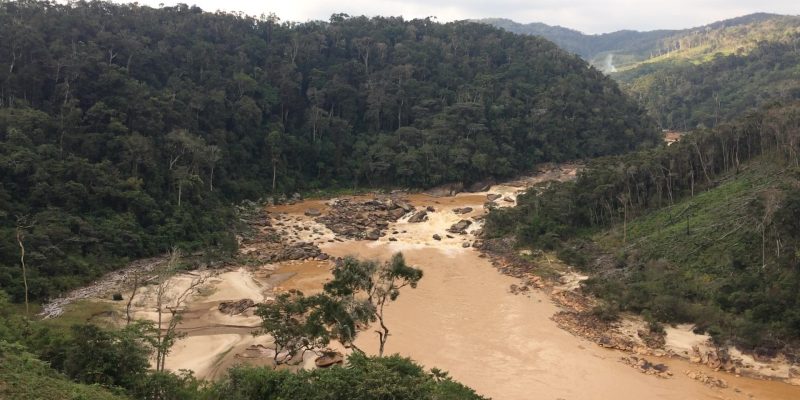 The Sahofika hydropower project is once again receiving financial support from the African Development Bank (AfDB). The African Development Fund (ADF), its concessional window, is providing €4.02 million to the Madagascan government for its equity participation in this renewable energy project.

The project is being developed under a public-private partnership (PPP) by a consortium called Nouvelle énergie hydroélectrique de l’Onive (NEHO), formed by the French company Eiffage, the Moroccan company Themis and Eranove, a Franco-African company. The aim of the project is to inject 205 MW into Madagascar’s power grid through the construction of a dam on the Onive River.

The impact of the project

The dam will be 60 m high with a reservoir that will cover an area of 6.7 km². The water will leave the reservoir and flow through a 716 m pipeline before reaching a hydroelectric power station equipped with seven turbines capable of producing 205 MW. The first consequence of the project is the displacement of 374 households (2,114 people) residing on the project land.

A Resettlement Action Plan (RAP) has been developed by the NEHO to address this impact “in accordance with Madagascan legal requirements and international standards, in particular those of the AfDB and the International Finance Corporation (IFC),” the AfDB says. The RAP was prepared during the period July 2018 to May 2019 by the Madagascan consulting firm land resources, with the support of international resettlement consultant Frederic Giovannetti.

The plant will be operational in 2024

The Sahofika hydropower project will also rehabilitate 110 km of access roads and construct a 75 km long 220 kV transmission line. Work can be completed by 2024. The 205 MW injected into the network of the public company Jirama will be able to supply 8 million Madagascans while avoiding the emission of 900,000 tonnes of carbon dioxide per year.

“As the largest hydropower project under development in the country, the Sahofika project will unlock Madagascar’s hydropower potential and diversify its electricity mix towards 90% renewable energy,” says Dr. Kevin Kariuki, AfDB Vice President for Electricity, Energy, Climate Change and Green Growth. The financial institution has already granted a partial guarantee of €89.4 million to the NEHO energy consortium.

ETHIOPIA: The AfDB finances the electricity interconnection with Djibouti

ETHIOPIA: Filling of the GERD ends amidst tension with its neighbours

GABON: Meridiam and GPC complete the financing of the Kinguélé Aval dam (35 MW)