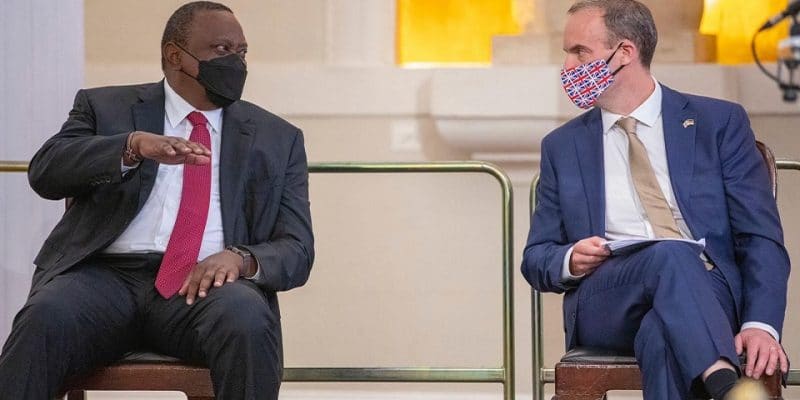 The UK government is announcing a series of green investments in Kenya, worth £132 million, more than $183 million. The investments support Kenya's green transition, through the construction of eco-friendly housing, funding for electric mobility and rural electrification via green mini-grids.

On the side-lines of Kenyan President Uhuru Kenyatta’s three-day working visit to London on July 27th, 2021, the UK government is announcing a series of investments in several sectors to support Kenya’s green transition. The value of these investments is 132 million British pounds, more than 183 million dollars. London is planning an $80 million fund for the construction of green housing.

The fund, which will build 10,000 environmentally responsible and affordable homes, will receive $48.6 million from the UK government. The funding is part of the Kenyan government’s policy of developing sustainable cities, which in recent years has resulted in a number of major housing projects, including Mwale Medical and Technology City (MMTC). This green city is located in Butere sub-county, Kakamega, in the west of the country. MMTC will eventually house 4 800 affordable, eco-friendly mid-rise homes. Also in the new town, a 5 000-bed referral hospital is being built. One of Kenya’s largest shopping malls will be built here, as well as an airport to facilitate travel for residents. MMTC will be powered by a 144 MWp solar photovoltaic plant installed in several phases, the first of which is under construction.

The UK funding will also enable the development of electric mobility in Kenya. This will be possible thanks to a 6.2 million dollar investment by ARC Ride to develop its fleet of electric vehicles. The British company created its subsidiary ARC Ride Kenya a year ago. The aim is to offer transport by tricycle, commonly known as “tuk-tuks”. This mode of transport has developed enormously in African countries, particularly in Nigeria and Egypt.

But the tuk-tuks proposed by ARC Ride Kenya will be less polluting thanks to their electric motors. The drivers of these vehicles have the possibility of changing their batteries after a trip of 100 km. The exchange, instead of direct battery charging, is a time-saver thanks to 15 charging stations already installed in the capital and its suburbs, including Westlands, Rongai, Kitengela, Eastleigh and the company’s warehouse in southern Nairobi. The $6.2 million investment will enable the company to move from the pilot phase to the development phase, with partnerships signed with Nairobi Bottlers, Get Boda, and Kibanda Top Up.

ARC Ride Kenya recently signed a partnership with Sendy to introduce an electric fleet for goods delivery. The agreement calls for Sendy to introduce its three-wheeled vehicles into the last-mile delivery service, and for Arc Ride to provide four of its electric tuk-tuks for a two-month pilot project.

The UK government has also announced a $1.25 million investment in Nopia Ride, an electric taxi service that has been available in the capital Nairobi for some years. The funding is being provided through InfraCo Africa, a Private Infrastructure Development Group (PIDG) company. With the support of London, InfraCo Africa will also invest $4.5 million in solar mini-grids in western Kenya.

Previously announced on Afrik 21, the rural electrification project is being implemented in partnership with Rural village Energy Solutions (RVE.SOL). The two partners are shareholders in Kudura Power East Africa (KPEA), which will install 22 mini-grids in several villages in Busia County, Kenya. These installations will electrify 6,000 rural households. In the same vein, the UK government is announcing $5.15 million to support renewable energy, clean cooling and forest restoration projects, including the Kaptagat Forest, located about 25 kilometres east of Eldoret in the Rift Valley.