Homepage » EGYPT: a plan to replace tuk-tuks with electric vehicles

EGYPT: a plan to replace tuk-tuks with electric vehicles 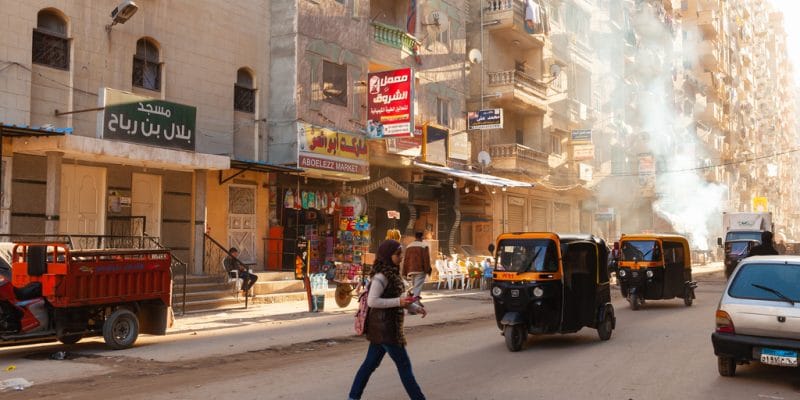 Egyptian businessmen will introduce new models of electric vehicles in Egypt. The aim is to replace the tuk-tuks that have colonised the country's cities, as in several other urban centres in Africa. This project supported by the military complex is accompanied by incentives.

How to stop the proliferation of tuk-tuks on Egyptian streets? This is the question that a consortium wants to answer by proposing a concrete alternative, in particular electric vehicles. The project, launched on Wednesday January 27th, 2021, aims to offer light models of electric vehicles to drivers of tuk-tuks, a mode of transport that is very widespread in Asia and which has developed anarchically on the African continent in recent years.

The idea is simple. The consortium formed by the Tahya Misr Fund and Dolibaat Egypt proposes electric vehicles assembled with components 45% of which are manufactured in Egypt. The two partners who have already received the approval of the military complex are also working in partnership with the Egyptian Ministry of the Interior.

To facilitate the acquisition of the new electric vehicles, the consortium offers mobility professionals the possibility of paying in several instalments to partners such as the Agricultural Bank of Egypt, the National Bank of Egypt, Misr Bank and the International Commercial Bank (CIB).

Dolibaat Egypt has entered into a partnership with the Egyptian Engineers’ Union to build the capacity of the engineers and technicians who will be involved in the operationalisation of this electric mobility project. These professionals will work in the 400 service and maintenance centres that will be set up throughout the country. The consortium also wants to build 1,000 electric vehicle recharging stations across Egypt.

This project is in line with the ambitions of the Egyptian government, which is pursuing a policy in favour of electric mobility. In this context, electric bus lines have been opened in the Egyptian capital Cairo. The government is also working with Chinese companies for the assembly of electric cars in Egypt.