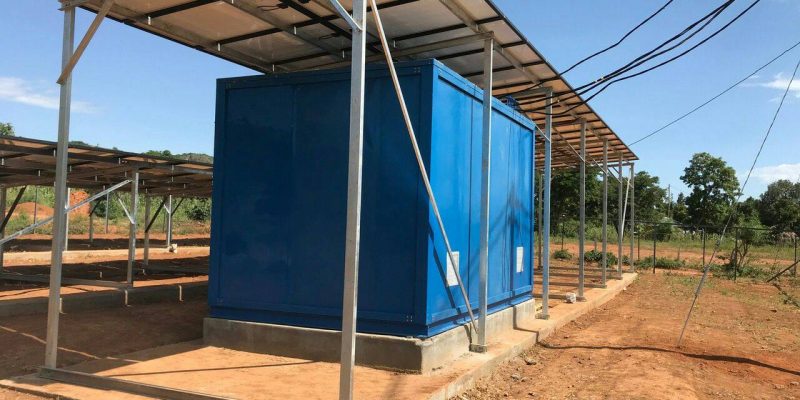 A shareholder agreement has been signed between InfraCo Africa, an investment company of the Private Infrastructure Development Group (PIDG) and Rural Village Energy Solutions (RVE.SOL). The agreement covers the continuation of a rural electrification project using stand-alone solar systems in Busia County, Kenya.

Under the agreement, the company that finances, builds and operates off-grid clean energy systems is 40% owned by InfraCo Africa. The other $3.8 million of funding is being provided through grants from Green Mini Grid Kenya. The funds injected by the investment company will be used to finance the expansion of KPEA in Busia County. In this part of Kenya, the company plans to install 22 mini-grids powered by solar photovoltaic energy. Each mini-grid will have a storage system to ensure that people can continue to benefit from electricity after sunset or in bad weather.

Each installation will have a capacity of between 10 and 60 kWp, for a total of 512 kWp. “The project will not only expand access to clean, reliable solar energy in rural areas, but will also pilot the provision of street lighting, pumping and water purification, as well as financing of appliances, so that communities and businesses can truly maximise the health, safety and economic benefits of clean, renewable energy,” says Gilles Vaes, InfraCo Africa’s chief executive.

According to the London, England-based company, the future solar mini-grids will provide 7,000 connections in rural Busia County. Work on the installation of the 22 solar mini-grids will begin in the first quarter of 2022, with full commissioning expected in the third quarter of the same year. This electrification project follows a first phase in which KPEA electrified 11 villages in Kenya.

The next operation which aims to electrify 22 villages is supported by Green Mini Grid facility Kenya (GMG Kenya), a programme implemented by the French Development Agency (AFD) since 2016 and funded by UKAid and the EU-Africa Infrastructure Trust Fund (EUATF). KPEA has also received a technical assistance grant of $235,000 from the PIDG.