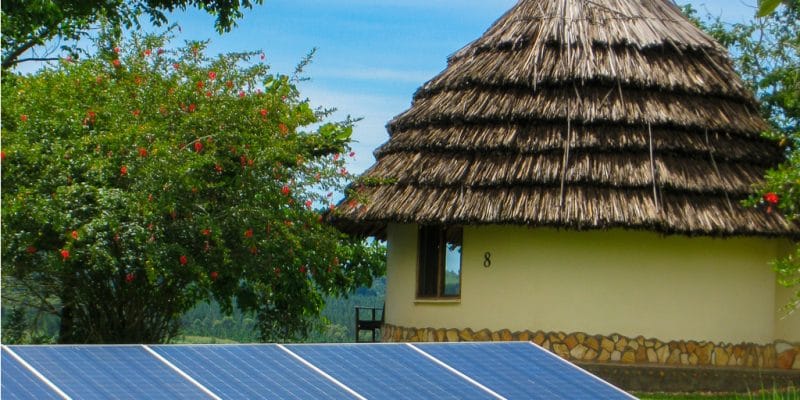 Unilever, the Anglo-Dutch distribution giant, has just signed a partnership agreement with Azuri Technologies, a British company specialised in the supply of off-grid solar energy. The collaboration will focus on electricity distribution via solar mini-grids in rural areas in Kenya.

This agreement will strengthen the position of Azuri Technologies, a British company. Azuri has just signed a partnership with Unilever, the distribution giant present in nearly 100 countries. This agreement relates to the supply of solar mini-grids to households in rural areas in Kenya.

In this East African country, Unilever has established a network of more than 67,000 retailers. The goal, therefore, is to provide these traders with Azuri’s off-grid mini systems, so they can supply them to the population. Each mini-grid consists of a 10-watt solar panel, connected to a battery that stores usable energy at night. In addition, there are four LED bulbs (known for their low energy consumption, Editor’s note) and a rechargeable radio set. The system also has USB ports for charging mobile phones. Villagers should obtain these mini-grids through the “pay-as-you-go” system, i.e. pay-per-use. This will be made possible thanks to the mobile banking system available throughout Kenya.

A beneficial partnership for the population

Unilever’s Kenyan network of traders will be of great help to Azuri, which is already working with several partners in Kenya. In this East African country, these mini-grids have a positive impact on the lives of villagers. “A recent study reveals that owners of solar home systems have increased their incomes by an average of $35 per month. In addition, data shows that children spend more time doing their homework in evenings and, to date, Azuri has created more than 2,000 new jobs through its Kenyan partner companies to sell, install and maintain solar home systems,” Azuri Technologies noted in a statement.

The company, established in 2012, is expanding its services in Africa, especially in East Africa. The company has already distributed more than 150,000 solar kits in countries such as Rwanda, Uganda, Tanzania, Zambia, South Africa and Nigeria. In Kenya alone, Azuri has the ambition of providing electricity to 150,000 people. The company is working relentlessly towards achieving this goal. In 2018, the British company organised a fund-raising event which yielded 2 billion shillings, that is, $20 million.