Homepage » KENYA: Off-grid energy for 150,000 people thanks to Azuri Technologies

KENYA: Off-grid energy for 150,000 people thanks to Azuri Technologies 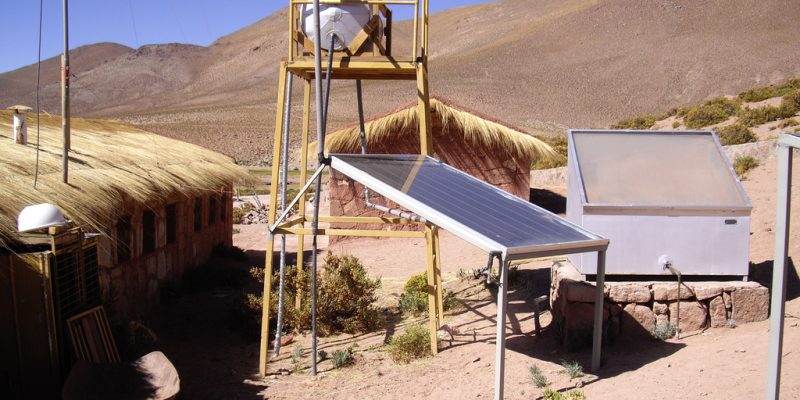 UK-based Azuri Technologies recently announced that it will supply 150,000 people across Kenya with off-grid solar energy. The project is expected to increase access to electricity in the country from the current 60 per cent.

It is a project that will mainly address people living in rural areas and in the underprivileged districts of the capital Nairobi or Mombassa. Azuri Technologies has announced that it will supply 150,000 people in Kenya with off-grid energy. These are systems made up of solar panels, and batteries to store energy produced daily. For this project, the British company based in Cambridge in the East decided to adopt the pay-as-you-go method, which is very popular in the solar sector on the African continent.

A well-established company in East Africa

Azuri Technologies is present in several countries in Africa, particularly in the East. To date, it has already distributed more than 150,000 solar kits in countries such as Rwanda, Uganda, Tanzania, Zambia, South Africa and even Nigeria. In this West African country, it has signed a partnership with Niger Delta Power Holding Company (NDPHC), a company specialised in energy production and distribution. Together, they launched the project to distribute off-grid energy systems in Nigeria. The goal is to provide clean and affordable energy to 20,000 rural households living without electricity. Azuri’s PayGo Solar Home systems have the ability to power four LED bulbs providing up to eight hours of lighting with a radio, charging cables for mobile phones. In Nigeria, customers also pay per use, with a monthly top-up rate via mobile money for 36 months, before becoming homeowners.

Azuri Technologie also made a name for itself with the AzuriTV project it launched this time in Kenya, with Zuku, a company specialised in entertainment services, notably providing decoders for television. The service is initially available in parts of central Kenya and will be gradually rolled out nationwide. This time it targets 5 million people who are not currently connected to the national electricity grid.