Homepage » BURKINA FASO: The State rehabilitates 10 boreholes in Tangaye with funding from USAID 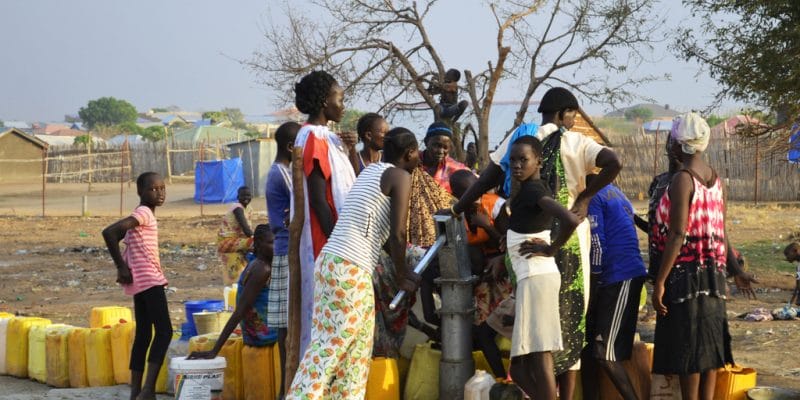 In Burkina Faso, the government recently put 10 human-powered pumps and two large-diameter wells back into service in the commune of Tangaye, Northern Region. The rehabilitation of the facilities was funded by the United States Agency for International Development (USAID) to the tune of 39 million CFA francs (about '55,000) under the Burkina Faso Regional Program (BFRP).

In the commune of Tangaye in Burkina Faso, 10 human-powered pumps and two large-diameter wells are now expected to operate at full capacity, improving the supply of drinking water. The renovated facilities were recently put back into service by the government of Burkina Faso. “Several boreholes in the commune have broken down due to misuse by the population. We have therefore invited everyone to be the custodian of these public goods which ultimately serve only to ensure their well-being,” said Ousseni Sidibé, representative of the mayor of Tangaye at the ceremony to reactivate the drinking water facilities.

The implementation of the drinking water project in Tangaye, in the northern region, was financed by the United States Agency for International Development (USAID) to the tune of 39 million CFA francs (about 55,000 euros), within the framework of the Burkina Faso Regional Program (BFRP). Since 2018, the initiative has been led by USAID/OTI (Office of Transition Initiatives), through its implementing partner Chemonics International. The Programme, which will ends in february 2022 is intended to support the stability of this West African country. The rate of access to water in the country is estimated at 74%, according to the Sahel Alliance (2018 report). It is a mechanism for strengthening the coordination of development partners.

Like the USAID, several development partners are supporting the efforts of the Burkinabe government to improve the water supply of the population. In particular, the European Union (EU) is financing the Sectoral Policy Support Programme and Sanitation (PAPS-EA) to the tune of 105 million CFA francs (‘106,100), together with its partners. The initiative has recently led to the commissioning of a simplified drinking water supply system (AEPS) in Kougsin, in the province of Boulkiemdé, improving the water supply to 2,600 people.

China and Saudi Arabia also support the actions of the Burkinabe government in the water sector. The two countries have recently signed financing partnerships worth 47.56 million euros (31.2 billion CFA francs) for the development of drinking water projects. French Development Agency (AFD) lent 20 million euros to Burkina Faso in October 2020 to build new drinking water facilities in Bobo-Dioulasso. They should serve the populations of this city until 2030.