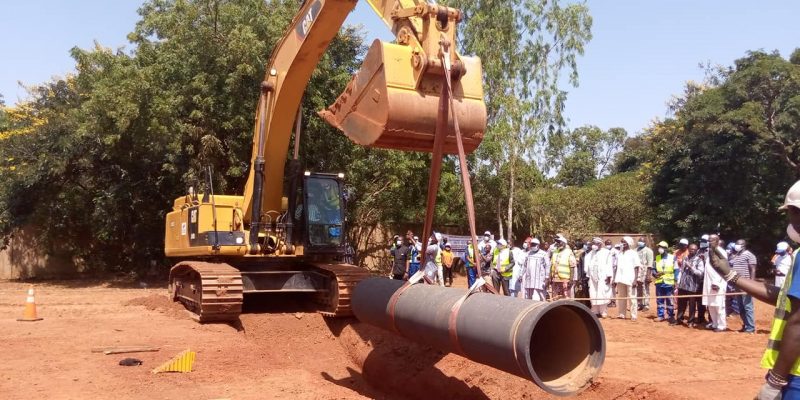 In Burkina Faso, the government has just launched the Priority Action Program for Drinking Water in the city of Bobo-Dioulasso (Papep-Bobo) after signing a financing agreement with the French Development Agency (AFD). The 20 million euros (over 13 billion CFA francs) lent by the French bank will be used to build new drinking water facilities to supply the inhabitants of Bobo-Dioulasso until 2030.

On October 22nd, 2020, the Burkinabe Minister of Water and Sanitation, Niouga Ambroise Ouédraogo officially launched the Priority Action Programme Drinking Water in the city of Bobo-Dioulasso (Papep-Bobo) in Sya, a village in Bobo-Dioulasso. This follows the signature of a financing agreement with Agence Française de Développement (AFD). The loan amounts to 20 million euros, i.e. over 13 billion CFA francs.

Burkina Faso’s National Office for Water and Sanitation (ONEA) will use these funds to strengthen raw water production in Nasso (a rural commune in the Bobo-Dioulasso department) and the transfer of treated water to the Bolomakoté site. To this end, a new water pumping station will be set up in Nasso. The water treated in this commune will be conveyed to Bobo – Dioulasso via an 800 mm diameter pipe. The government of Burkina Faso is also planning the construction of a 5000 m3 reservoir.

At least 2 years of work

According to the government of Burkina Faso, Onea has two years to complete all the work related to Pope Bobo. According to the same source, the programme will enable the public company, over the next 15 years, to reduce prolonged water cuts and increase the rate of water supply in Bobo-Dioulasso, i.e. a supply of 40,000 m3 per day against a current average gap estimated at 20,000 m3 of water per day. Bobo-Dioulasso is the second most populated city in this West African country after Ouagadougou with about 537,728 inhabitants.