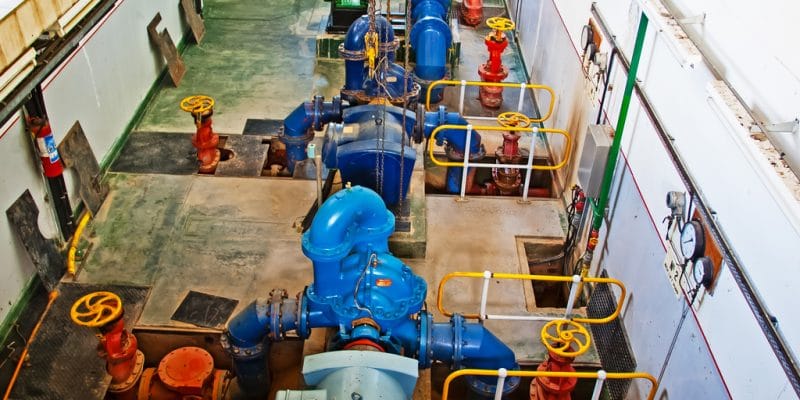 A simplified drinking water supply system (AEPS) has just been commissioned in Kougsin, in the province of Boulkiemdé, in the centre-west of Burkina Faso. All the installations will make it possible to meet the water needs of 2,600 people.

In Burkina Faso, the inhabitants of Kougsin have been better supplied with drinking water in recent days. This is thanks to the new Simplified Drinking Water Supply System (AEPD) built in the town located in the province of Boulkiemdé, in the centre-west of the country.

The new AEPS includes an underground water pumping system with a capacity of 20 m3. The installation, which operates with hybrid solar energy, will provide at least 30 m3 of water per day to 2,600 people in the town of Kougsin.

This water will be distributed to the population via five standpipes connected to the pumping station by small pipes. At least 10 domestic connections have also been made as part of the drinking water project. “With the commissioning of AEPS Kougsin, the rate of access to water in the city increases from 61% in 2019 to 100% in 2020,” said Amidou Zagré, the director of cabinet of the Burkinabe Minister of Water and Sanitation.

A project funded by the European Union

The construction of the AEPS in Kougsin cost 105 million CFA francs, or about 160,100 euros. The project was implemented within the framework of the Water and Sanitation Sector Policy Support Programme (PAPS-EA), financed by the European Union (EU) and its partners. According to the EU, PAPS-EA will contribute to the implementation of Burkina Faso’s National Water Policy (NWP) with the specific objective of “improving equitable and sustainable access to drinking water, sanitation and hygiene for the population in accordance with integrated water resource management”.

According to the authorities of this West African country, current drinking water coverage is estimated at 74% throughout the country.