Homepage » AFRICA: The major challenges of access to drinking water
This article is part of the dossier
WORLD WATER DAY 2021 : WATER AND SANITATION IN AFRICA

AFRICA: The major challenges of access to drinking water 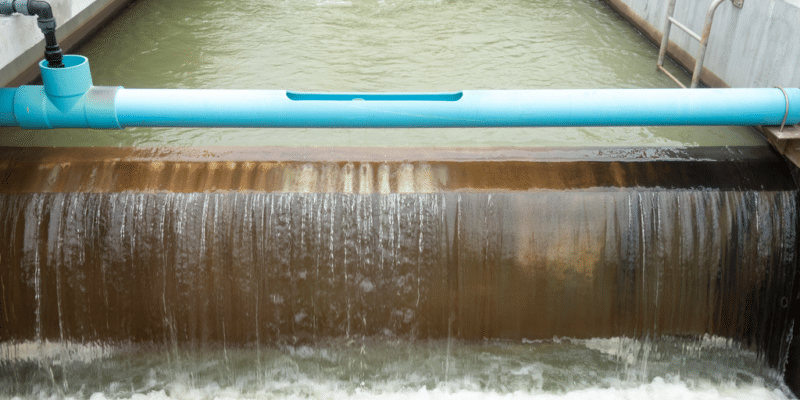 At a time when Africa, like the rest of the world, is facing three major challenges: population growth, climate change and the health crisis caused by the Covid-19 pandemic, voices are being raised about their impact on the already unstable supply of drinking water. On the occasion of World Water Week, Afrik 21 presents the contours of these major challenges to access to drinking water on the African continent.

In Africa, population growth is amplifying the challenges related to drinking water supply. On the occasion of World Water Day, Afrik 21 decrypt the challenges of water management for a continent has today 1.3 billion inhabitants, 17% of the world’s population, making it the second most populated continent in the world after Asia. According to United Nations (UN) forecasts, Africa’s population is expected to almost double by 2050. It is likely to total nearly 4.5 billion people by 2100, or 40% of humanity. Today, one in four Africans do not have access to a safe source of drinking water, and if nothing is done, the situation is likely to get even worse in the years to come.

The situation may seem hopeless, but it is important to note the initiatives that have been taken to improve water supply on the continent. In Nigeria, Africa’s most populated country (over 206 million people by 2020), the central government launched the Sustainable Rural Water Supply and Sanitation Project in 2016. It is divided into three phases.

The water component of this project will build drinking water supply (AEP) systems in semi-urban areas of Nigeria. These will be operated by solar off-grid installations. In addition, human powered pumps will be constructed. Work will start in 2019 and is expected to be completed by 2025.

The West African country is also financing the rehabilitation of drinking water plants. In 2019, Bauchi State in Nigeria launched work to rehabilitate the Gubi Dam, which has a holding capacity of 38.4 million m3, and the Gubi Water Treatment Plant that operates it. The upgraded drinking water plant will provide 90,000 m3 of water per day to the population. The Bauchi local government is also planning to build a 7,000 m3 reservoir at Warinji Hills. 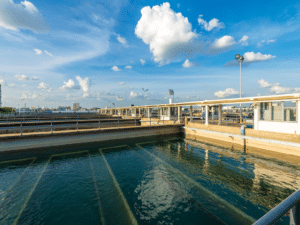 A large drinking water plant is also under construction in Bita, a town 40 km southeast of Luanda in Angola. The facility will have a capacity of 260,000 m3 per day, making it one of the largest drinking water plants on the African continent. Empresa Publica de Aguas de Luanda (Epal), which provides the public drinking water service in the capital, awarded the contract to Suez in June 2020. According to the French group, this major plant in Bita will meet the drinking water needs of Luanda’s rapidly growing population, which has reached 7.5 million, while supporting its economic development. Suez will also build a water intake in the Kwanza River, which runs near the capital Luanda before emptying into the Atlantic Ocean, as well as a pipeline that will carry the raw water to the plant. The group has 39 months to complete the contract. After the Bita drinking water plant is commissioned, it will provide operational support for a period of nine months.

In addition to tapping groundwater and rivers, desalination also helps to improve access to drinking water in Africa. Desalination is a process by which brackish or salty water is transformed into fresh water.

Although the various projects carried out have made it possible to secure access to drinking water for certain sections of the African population and thus to reduce the unequal distribution of this resource, things could quickly change because of climate change.

A global phenomenon, global warming is manifesting itself in some African countries through increased drought. This leads to water evaporation and changes the rainfall pattern, making it even more difficult to collect water resources and creating a situation of water stress. The challenge today for African states is to progress towards a 100% supply of drinking water to their populations. Some coastal countries are therefore focusing on desalination.

The process is applied in desalination plants that treat water pumped from the sea or from salt lakes. There are currently two desalination techniques. The one most used by plants in Africa is reverse osmosis, which is based on the principle of salt-water separation using a semi-permeable membrane. The second desalination method is electrolysis, which is less suitable for seawater treatment.

In North Africa, for example, per capita freshwater availability has declined by more than 30% over the past 20 years. And in sub-Saharan Africa, 400 people do not have a secure source of drinking water. Namibia, one of the driest countries south of the Sahara, has extensive access to the sea and intends to exploit this potential, notably by developing the Walvis Bay desalination project in partnership with its neighbour Botswana. The water produced by this plant will be shared between the two countries. The Botswana share should be pumped to the capital Gaborone via a pipeline that will run from the Walvis Bay desalination plant, a distance of at least 1,490 km.

Beyond this project, which is still at an embryonic stage, small desalination units are being built in several localities in this southern African country to supply the population. These installations are known to be energy-intensive and more and more suppliers are seeking to combine them with small solar energy plants.

Walvis Bay Town Council is also considering recycling wastewater into drinking water to meet the growing population of this port town of over 52,000 people. Currently, the municipality relies on two main sources to supply water to its population. This system allows treated water to be injected directly into the drinking water network.

The reuse of treated water as drinking water, which is not universally accepted in this port city, has already been applied in the Namibian capital Windhoek for 50 years. With this system, treated water is injected directly into the drinking water network. At present, Namibia is the only country in Africa that makes wastewater potable. Other countries may soon follow suit.

Elsewhere on the continent, reuse is mainly used for irrigation in order to preserve groundwater and surface water for drinking water production. 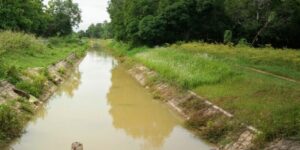 A rainwater retention basin in Tadla©Nurmohsaleh93/

Another way of improving access to drinking water in Africa is through rainwater harvesting. Theoretically, the amount of rain that falls on the continent alone would be equivalent to the needs of 9 billion people, i.e. one and a half times the current world population, according to the United Nations Educational, Scientific and Cultural Organisation (UNESCO). For now, in Africa, this rainwater is only stored for irrigation. In Tadla, a region in central Morocco, the regional office for agricultural development (ORMVA) recently began work on a rainwater retention basin. The resource will be used to irrigate 20,000 hectares of farmland in Tadla.

Although Covid-19 has paradoxically accelerated drinking water projects in African regions, especially south of the Sahara, the challenge remains significant.