Homepage » MOROCCO: ORMVA to store rainwater for irrigation in Tadla

MOROCCO: ORMVA to store rainwater for irrigation in Tadla 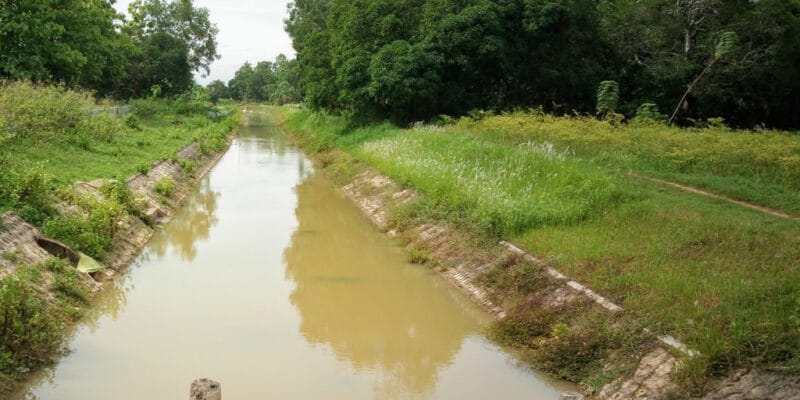 In Morocco, the Regional Office for Agricultural Development (ORMVA) has just launched works to build a rainwater retention basin in Tadla, a region located in the centre of the Cherifian kingdom. According to the ORMVA, the project of nearly 65 million Moroccan dirhams (about 6 million euros) should enable farmers to increase their productivity.

In Morocco, the government is experimenting with different processes to deal with water stress, currently between 1,000 and 1,700 m3 of available fresh water per year and per inhabitant, according to the United Nations Economic Commission for Africa (UNECA). Among the recommended solutions is the retention of rainwater. In Tadla, a semi-arid region located in the centre of the Cherifian kingdom, the Regional Office for Agricultural Development (ORMVA) is going to set up a new hydraulic regulation basin.

The reservoir will be used to irrigate 20,000 hectares of farmland in Tadla. It will be the second hydraulic regulation basin in the region considered as one of the most important agricultural areas in Morocco. Tadla receives about 300 mm of rain per year, with a large part of it during winter (November to March).

A project financed by the IBRD

The project implemented by ORMVA of Tadla will also support the modernisation of management techniques for 20,000 hectares of irrigable land. In Tadla, the lack of water is also due to inefficient irrigation techniques and overexploitation of groundwater. This leads to a lowering of the water table.

The cost of the irrigation water supply project in Tadla is estimated at nearly 65 million Moroccan dirhams (about 6 million euros). The International Bank for Reconstruction and Development (IBRD), a subsidiary of the World Bank Group, is financing the project through the Programme for the “Modernization of Irrigated Agriculture in the Oum Er-Rbia Basin”. Since 2010, the initiative has covered the irrigated perimeters managed by the Regional Agricultural Development Offices in the Tadla, Doukkalas and Haouz regions of Morocco.

An old practice that is being revived in Africa

A few years ago, in Tanzania, rainwater harvesting was only practiced in rural areas, mainly for livestock or possibly for domestic purposes. As water stress has increased, the practice is becoming more widespread. Rainwater tanks were built in urban areas. “A rainwater harvesting system includes a catchment area. Once captured, the rainwater passes through bunds, ditches or canals to supply a reservoir. The advantage of this system is that it reduces the risk of production losses due to water scarcity, improves aquifer recharge and allows crops to grow in areas where rainfall is generally insufficient or unreliable,” explains the Food and Agriculture Organization of the United Nations (FAO).

Among our colleagues in The Citizen, the director of Dar es Salaam Campus College, Nelson Boniface, who is also a professor at the University of Mzumbe in Tanzania, says that adequate rainwater harvesting could ensure year-round water availability in Tanzania. But first, the practice must be prioritised in development plans and budgets. The official also proposes education, awareness raising and information of the population; as well as the establishment of an attractive legal, policy and regulatory framework to “attract and give appetite and comfort to future rainwater collectors”.