Homepage » AFRICA: employers’ organisations that are committed to CSR
This article is part of the dossier
AFRICA: CSR, NOW AT THE HEART OF SUSTAINABLE DEVELOPMENT

AFRICA: employers’ organisations that are committed to CSR 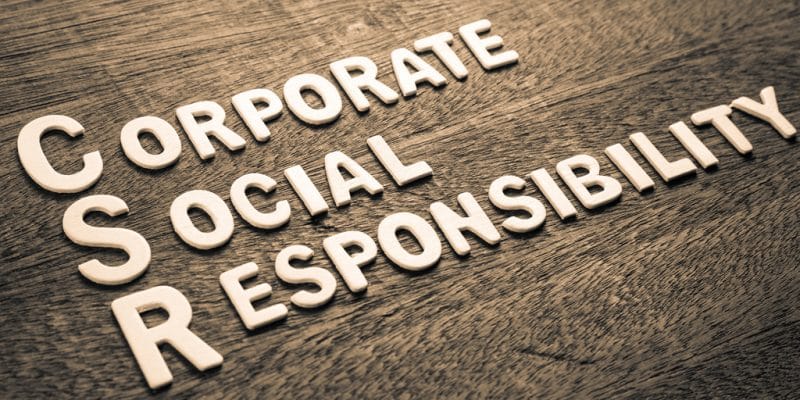 One of the employers’ organisations that play a crucial role in taking CSR (corporate social responsibility) into account in Africa is the Confederation of Citizen Enterprises of Tunisia (Conect). The Tunisian employers’ association, created in 2011, currently has around twenty representatives spread over the 24 governorates of Tunisia, notably through regional offices. Conect also includes twenty sectoral professional groups and more than 2,000 member companies, operating in the various structured and organised sectors of industry, trade, services, crafts and agriculture.

The organisation, founded and directed by businessman Tarak Cherif, is aware of the importance of developing CSR projects geared towards sustainable development. Conect has initiated several green projects. The most recent one concerns capacity building for 80 Tunisian eco-entrepreneurs, specifically in the sectors of the circular economy, organic agriculture, sustainable waste management, renewable energy and sustainable tourism. Through this project, Conect aims to achieve a double objective, namely the encouragement of innovation and the preservation of the environment. In addition to the training projects, Conect is raising awareness among companies through its CSR label.

To further its CSR approach, Conect has launched the “Tunisia CSR” label, inspired by the ISO 26000 standard. The latter is based on four components: economic, environmental, social and governance. How to obtain it? Everything starts with a diagnosis of the state of CSR within the company wishing to obtain the label. An action plan is then drawn up by Conect in order to choose the corresponding label: Bronze, Silver or Gold. “However, the minimum threshold below which no label can be awarded is respect for the legislation in force and the rights of the main partners: suppliers, employees and customers,” explains Conect. The Caisse des dépôts et Consignations (CDC) of Tunisia is the first institution to join this initiative in 2018. “A coherent CSR approach will make it easier to respond to new market requirements and to mobilise resources through leverage, and to set up new partnerships, both national and international, public and private,” said Nejia Gharbi, Deputy Director General of the CDC in 2018, on the sidelines of the 6th Conect CSR Conference. 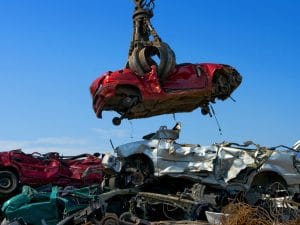 Located in the same sub-region as Tunisia, Morocco is also quite advanced in terms of CSR, notably thanks to its employers’ organisations such as the General Confederation of Moroccan Enterprises (CGEM) of Tangier-Tetouan-Al Hoceïma (TTA), which has 90,000 direct and affiliated members. Like the Conect, the CGEM has adopted a charter in line with the guidelines and directives of the ISO 26000 standard. Adopted on December 14th, 2006 by the National Business Council, the confederation’s statutory and decision-making body, the charter is structured around nine areas of commitment. The third axis concerns the preservation of the environment.

Created in 1947, the CGEM contributes, among other things, to improving waste management in Morocco. The organisation is working with five associations representing the industrial zones of Tangiers on a project to recover industrial waste in the Kingdom. The management of this type of waste remains very sensitive in Morocco. The North African country produces 1.5 million tonnes of industrial waste each year, of which about 350,000 tonnes are identified as hazardous. According to the Moroccan authorities, only 23% of this waste is recycled in the kingdom, yet it is very harmful to humans and the environment.

The development of a practical guide to support SMEs/SMIs

In addition to its charter on CSR, the CGEM has a tool to help small and medium-sized enterprises (SMEs) and industries (SMIs) improve their productivity and reduce their environmental impact. Entitled Premiers pas vers le management environnemental (First steps towards environmental management), the book was published in June 2019 in the “Guides PME” collection.

In the guide, the CGEM offers companies a practical methodology that is broken down into six points: presentation of the entity studied/diagnosed, identification of material flows and environmental impacts by using a visual tool preceded, if necessary, by a summary questionnaire, evaluation of impacts and development of a priority scale, identification of possible improvement actions “for each negative impact, identify two or three actions and calculate the economic profitability of each”, implementation of action plans and finally the carrying out of a follow-up of the implemented actions. CGEM’s strategy takes into account the specificities of each company in different areas, including water, sanitation, energy, mobility, sustainable cities, etc.

To strengthen its effectiveness in Morocco, the CGEM collaborates with several organisations, including the French Business Movement (Medef), notably for projects related to sustainable mobility, smart cities and renewable energy. Morocco plays a strategic role in the energy sector and contributes to the expansion of renewable energy on the African continent. To develop this vision, the Kingdom of Morocco has the ambition to increase the share of renewable energy in the energy mix to 52%.

Similarly, the Groupement inter-patronal du Cameroun (Gicam) is undoubtedly one of the employers’ organisations working to promote the development of CSR in Africa.  Created in 1957, precisely in Cameroon, under the name of Groupement interprofessionnel pour l’étude et la coordination des intérêts économiques, it became Gicam in 1992. For the employers’ organisation, the issue of waste is the first real challenge to be met in order to preserve the environment.

Management of used plastic packaging mandatory for its members

Collective waste management is an initiative shared by Gicam and one of its members, AC2P (the Cameroonian Association of Plastics Professionals). The project aims to support companies subject to the obligation to manage non-biodegradable plastic packaging generated by their activity, even though they are not directly involved in waste management. In a document published in 2017, Gicam already announced the creation of a commonly used plastic management fund to mobilise the necessary financial resources. Each company was asked to contribute in proportion to the amount of plastic waste emitted. The collected waste will be processed in structures approved by the Cameroonian Ministry of the Environment, Nature Protection and Sustainable Development.

Gicam’s commitment to waste management is all the more visible in that the group includes the company Hysacam in its ranks.  The concessionaire, which is responsible for the collection and treatment of household waste in 17 Cameroonian cities, intends to develop three power plants at the Nkolfoulou landfill site west of Yaoundé, the PK 10 landfill site in Douala and the Bafoussam landfill site in the West Cameroon region. The areas in which social and economic activities and investments are still envisaged by Gicam are “the construction of boreholes, reforestation, the construction of gutters for irrigation, the distribution of agricultural inputs and biogas,” said the presidents of the North-West and South-West regional councils of the association, as part of an exchange meeting held in May 2021.

Making a success of the energy transition

The General Confederation of Ivory Coast Companies (CGECI) also encourages companies to adopt a CSR approach of essence and not of good conscience, particularly in the energy sector. The employers’ organisation, founded in 2005, brings together 1,500 companies through 19 professional groups and associations. Its approach consists mainly of launching awareness campaigns and training. Like Conect, CGEM and Gicam, CGECI has a CSR charter. 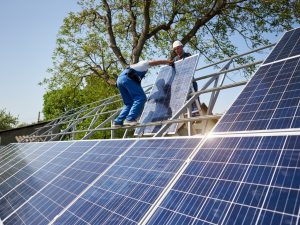 Among other things, the CGECI is responsible for the promotion of small and medium-sized enterprises (SMEs) in the ProFERE project (vocational training project in the fields of renewable energy and energy efficiency in Ivory Coast). The experts trained under this project should be able to carry out energy audits and maintenance of photovoltaic equipment in companies. The training is carried out in partnership with the Deutsche Gesellschaft für Internationale Zusammenarbeit (GIZ). The CGECI has also collaborated with the German Agency for International Development Cooperation in the framework of the awareness and information campaign for businesses and industries in Bouaké on energy efficiency and renewable energy. This initiative aims to boost the competitiveness of businesses and reduce their carbon footprint. The chemical element is still the main culprit in global warming.

“The member companies of the CGECI and Ivorian companies in general have a real need for support to succeed in their energy transition. This is why the Ivorian employers’ association has chosen to commit to the implementation of energy efficiency and renewable energy projects for the benefit of the private sector,” explained Jean-Marie Ackah, the president of the CGECI, when another financing agreement was signed in February 2021 with the French Development Agency (AFD) and the European Union (EU). The €1.64 million envelope has been released to Ivorian companies for projects to acquire renewable energy and energy efficiency systems.

Like most African countries, Madagascar is pursuing its goal of preserving its unique biodiversity. For several years, the promotion of CSR has been a priority for the Malagasy government and the Groupement des Entreprises de Madagascar (GEM), a Malagasy employers’ organisation that brings together nearly 1,500 companies. At least 22 companies have already adopted a CSR approach in Madagascar. Nevertheless, no law dedicated to CSR exists to date.

Towards the establishment of a CSR label

GEM is working in collaboration with the Madagascan Ministry of Ecology and Sustainable Development (MEDD) to set up a CSR label. Like the four employers’ organisations mentioned above, it will be based on the ISO 26000 standard. The company wishing to obtain this label must have good economic, social and environmental performance as well as proof of its tax contribution.

In Africa, many companies are naturally involved in CSR, which is called CSR in essence, but unfortunately, they do not codify the approach. The role of employers’ organisations, as we have seen, is precisely to perpetuate these actions through support.