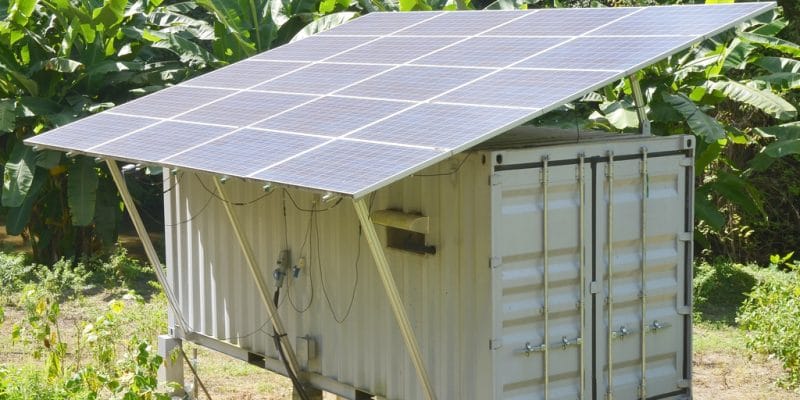 A leading group of investors gathered at the Africa Energy Forum in Lisbon, Portugal, called for the creation of a results-based financing mechanism (RBF) to support the promising mini-grid sector in Africa.

Africa faces a major energy challenge in the face of economic growth that is sometimes accompanied by emerging industrialisation. Large electricity projects are aimed at large cities, where populations and companies are concentrated, to the detriment of people living in remote areas. However, Africa offers a solution for the electrification of these rural areas: the mini grids, particularly solar.

Mini grids currently gaining momentum in Africa. These include in particular small off-grid solar power plants whether containerised or not, and home solar kits. But the deployment of this fast and less expensive solution is confronted by a funding problem which must be addressed if it is to be taken to the next level. This crucial issue is on the agenda of the Africa Energy Forum, which is being held from Tuesday 11 to Friday 14 June 2019 in Lisbon, the capital of Portugal. In the run-up to this important event, a group of investors called for the creation of a results-based financing mechanism (RBF) to support the deployment of mini-grids in Africa.

The importance of the initiative

The companies and investment funds that have signed this document have in common their involvement on the African continent, capable of mobilising together up to 2 billion dollars in the deployment of mini-grids: Acumen, Blue Haven Initiative, Ceniarth, CrossBoundary Energy Access, DOB Equity, Engie Powercorner, Hoegh Capital Partners, KawiSafi Ventures, Renewable Energy Performance Platform (REPP), responsAbility, SunFunder and Triodos Investment Management.

“We believe that mini-grids have a role to play in universal access to electricity, and we have the kind of capital needed to finance these mini-grids, as well-designed regional regulatory frameworks… We therefore strongly encourage donors and governments to support effective RBF programmes that support rural electricity access,” investors explained in a joint document called Unlock Private Capital for Mini-Grids in Africa.

In concrete terms, companies and investment funds, specialising in solar energy, are calling on governments and other private investors to invest massively in mini-grids through grant programmes involving RBF mechanisms across the African continent. According to the International Energy Agency (IEA), at least 200,000 mini-grids should be installed to provide electricity to the 450 million people who still do not have access to it, many of whom are in Africa.

While waiting for this call to be heard, on the ground in Africa, some governments are already strongly advocating for electrification by solar mini-grids. For example, Namibia recently relied on the French company Engie to provide electricity in rural areas through containerised solar mini-grids. Togo, for its part, is relying on solar home-based kits with its “Cizo” project. The government of Togo is subsidising the installation of solar kits. The companies Bboxx and Soleva  have already started to conquer this market.