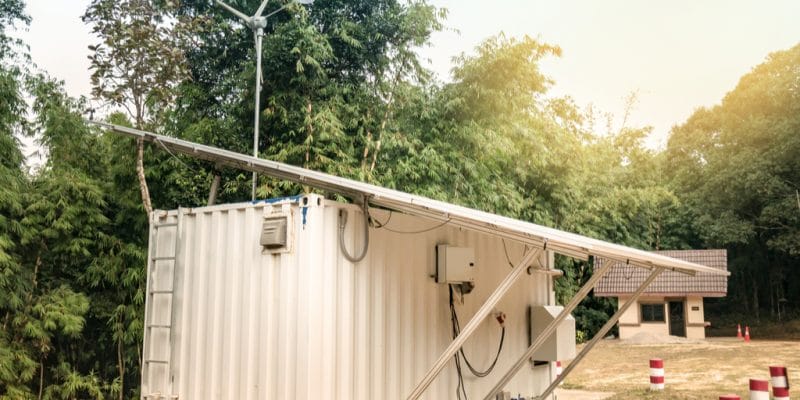 The French company Engie has recently committed to supply 10 new containerised solar power plants in rural Zambia. A way of supporting the Zambian government in its ambitions to provide widespread access to electricity in remote areas.

Engie recently undertook to provide 10 containerised solar power plants in rural Zambia, East Africa, as part of the Power Corner project. The agreement on this new project was negotiated in Paris between the company’s managers and Christine Kaseba-Sata, Zambia’s ambassador to France. The Zambian authorities have obviously been seduced by Engie’s recent project in the country.

On April 3, 2019, the French company commissioned a 28 kW containerised mini-grid in the Chitandika village in eastern Zambia. It consists of several solar panels, which, when installed, form a shade under which a container is located, serving as a technical building. “Engie’s new mini grid in Chitandika provides energy to 378 households, or 1,500 people who previously had no access to electricity, and I am pleased to say that this facility has improved the lives of local businesses and supports public services such as a health centre and two schools. For us, as a long-term investor, Zambia is a country where we would like to invest and expand our activities,” says Raphael Tilot, Director of Innovation and New Business at Engie Africa.

A project that fits in with Zambia’s energy policy

For several years, Zambia has been aware of its potential in terms of solar energy production and is finally starting to exploit it. Such an approach attracts many investors, most notably Engie. “As you may know, our development agenda is guided by the Seventh National Development Plan (7NDP), which has made the energy sector a driving force and an important sector of economic development. I am pleased that you are considering expanding your activities in Zambia and I would like to tell you that there are more opportunities in off-grid solutions, as it is an area that remains unexploited,” said Christine Kaseba-Sata, Zambia’s Ambassador to France, while talking to Engie.

In Zambia, Engie is also diversifying its offers in terms of solar energy production. The company sells solar home kits, an effective way to provide lighting in rural areas at a lower cost. According to Raphael Tilot, the company has already sold 90,000 solar home kits in the country’s remote areas. With this new project to supply 10 containerised mini-grids, Engie is strengthening its position in a country where solar projects are fast developing.