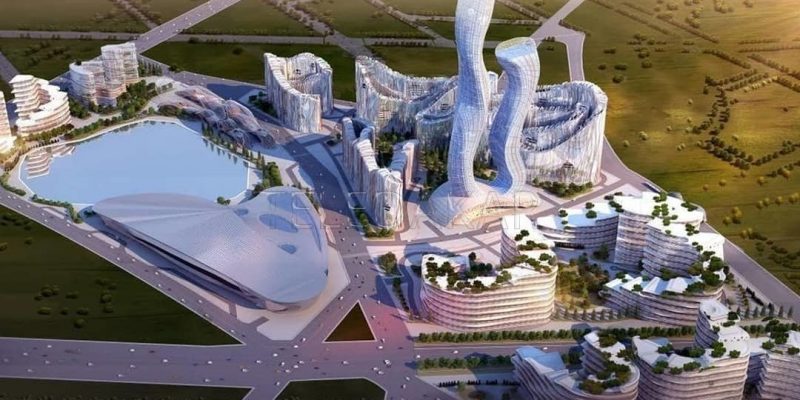 The American company KE International has just won the contract for the construction of Akon City, a pioneering project led by the Senegalese-American RnB singer Akon. The green city project will require an investment of $6 billion.

The Akon City project is taking shape. The American company KE International has been awarded the contract to build this futuristic and ecological city, which will be located near Mbodième, a small coastal village in the west of Senegal. This locality will see the growth of a town whose development will revolve around a crypto-currency called Akoin that will be launched this year.

According to virtual currency journalist Stanislas Pogorzelski, the Akoin ecosystem is based on the Stellar Consensus Protocol (SCP) and the Akoin Utility token, which uses Atomic Swap technology to facilitate exchanges with other major crypto-currencies, alternative currencies of its partners and cash currencies (such as the CFA franc, dollar or euro, editor’s note).

The construction of the new Akon City will require an investment of $6 billion. The city, which is intended to be environmentally friendly, will be built on an area of 2,000 hectares. KE International has already secured $4 billion for the first and second phase of the project. The consulting and engineering firm has thus chosen to implement this mega project with Bakri & Associates Development Consultants.

The company based in Dubai, United Arab Emirates, will be responsible for the architectural design of Akon City. According to KE International, the first phase of the project, which will be completed in 2023, will result in the construction of roads, a Hamptons Hospital campus, a Hamptons Shopping Centre, residences, hotels, a police station, a school, a landfill for the city’s waste and a solar power plant to supply the whole.

The city has already been designated a “special tax zone” by the Senegalese government. This distinction allows the reduction of imports into Akon City, which is attractive to investors. The city will be integrated into the country’s tourism vision thanks to a partnership signed in January 2020 between the Development and Promotion Company for the Coasts and Tourist Areas of Senegal (Sapco) and the project promoter, the Senegalese American RnB singer Akon, whose real name is Badara Akon Thiam.

The second phase of the Akon City project is scheduled to begin in 2024 and be completed in 2029. It will allow the complete construction of the city which will operate exclusively with Akoin crypto-money. The city will consist of parks, universities, schools, a stadium, hotels and an industrial complex. KE International also indicates that Akon City will be LEED (Leadership in Energy and Environmental Design) certified, a North American system for standardizing high environmental quality buildings created by the US Green Building Council.

KE International is not in its first new city in Africa. In December 2020, the company will inaugurate the Mwale Medical and Technology City (MMTC), a $2 billion green city located in Butere sub-county, Kakamega, in western Kenya. The MMTC will house 4,800 “affordable”, medium-sized, environmentally friendly residences. Also in this new city, a 5,000-bed referral hospital has been built. One of Kenya’s largest shopping centres will be built there, as well as an airport to facilitate the movement of the inhabitants. The electricity consumed in the city will be produced by a 30 MWp solar power plant and a waste incinerator whose heat can produce 144 MW. The city has already obtained LEED certification.