NIGERIA: A centre tracks oil pollution in the Niger Delta 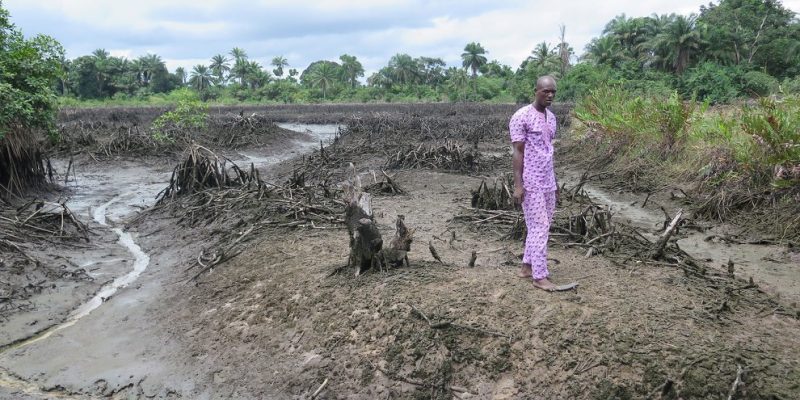 For several days now, the Federal University of Petroleum Resources (FUPRE) in Effurun, in the Niger Delta, has been conducting research aimed at eradicating oil pollution in this state, which has become the target of many hydrocarbon industries. The research is carried out in a dedicated centre, which was recently inaugurated.

The Federal University of Petroleum Resources (FUPRE) has named its structure the Integrated Institute of Environment and Development (IIED). The center is located in Ughelli South, a local government area in Delta State, Nigeria.

FUPRE received support from the Nigerian Rivers Conservation Foundation for the establishment of the IIED. It is actually a space that will be dedicated to research on oil pollution in the Niger Delta. The phenomenon is recurrent in this part of the country. The Obi-Ayagha swamp forest for example is one of the most polluted places in the state and one of the epicentres of illegal oil refining. The oil spill has enormous consequences on nature. Oil pollution affects marine mammals, fish, birds and destroys the flora, disturbing the ecological balance.

The IIED team led by Oladapo Afolabi, will conduct community-based research on environmental challenges that will guide policy and development. The idea is to change environmental practices in the Niger Delta in an ecologically sustainable and socially just manner to restore the ecosystems. It would also be wise to identify the oil industries responsible for the environmental disaster in the state and perhaps denounce them more forcefully as was the case with Shell.

The Nigerian subsidiary of the Dutch oil company is being held “responsible for damages resulting from spills” of crude oil, which caused pollution in the Niger Delta villages of Goi, Ikot Ada Udo and Oruma. In February 2021, Shell was convicted on appeal by the Dutch courts for pollution in two villages, following a complaint filed 13 years ago by local residents.

Delta State is not the only one affected by this phenomenon in Nigeria. In November 2020, in another case, the Nigerian courts upheld Shell’s conviction in 2010, half a century after an oil spill that hit the River State hard. Shell Nigeria will have to pay up to $400 million in compensation for the Ejama-Ebubu community, the main victim of the environmental disaster.