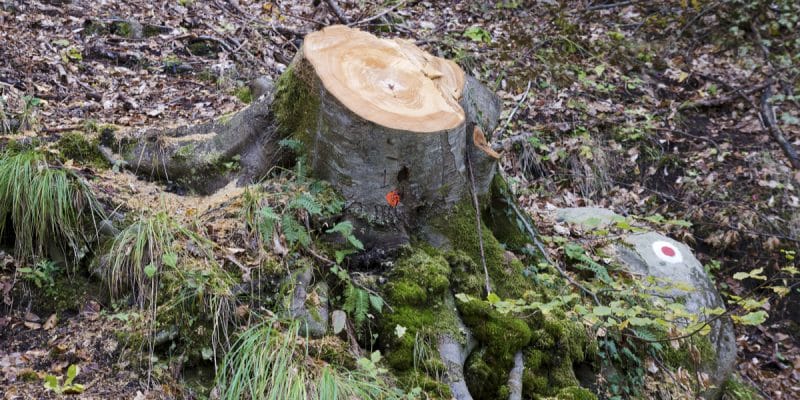 Cutting and trafficking of precious wood, sale of rare and endangered turtles... Environmental crimes have intensified in Madagascar since the adoption of containment measures to limit the spread of Covid-19. In a report published on April 28, 2020, the Voahary Gasy Alliance, a platform of the environmental civil society organization, sounded the alarm.

In Madagascar, wild flora and fauna are being hit hard by Covid-19. The social and economic impacts of containment measures to limit the community-level spread of the pandemic have led rural populations (75% of Malagasy people) to turn to protected areas as a means of subsistence.

In a report published on April 28, 2020, the Voahary Gasy Alliance, a platform of civil society organizations working for the environment, makes an alarming observation. Protected areas in the Diana region in the north of the country have seen an increase in illegal acts since the end of March 2020. For example, a cannabis plantation was discovered by patrol officers of the mixed brigade in the protected area “Montagne des Français”. More importantly, two people were also arrested there by local authorities, who were carrying out illegal logging of forest products. In addition, a tractor transporting, in the middle of the night, thirty blocks of “Bonara” (ebony wood from the Middle East, very present on the west coast of the island, editor’s note) was stopped in the rural community of Beramanja in Ambilobe, in the north of the country.

120 people arrested for environmental crimes in one month

The intensification of environmental crimes in Madagascar, following the Covid-19 pandemic, has also been noticed by the government. The Minister of the Environment and Sustainable Development, Baomiavotse Raharinirina, said: “In parallel with this movement, there is also a temptation for traffickers to clear stocks of precious woods that they had hitherto hidden. There have been many attempts to take out rosewood, ebony and rosewood in the Boeny and Betsiboka regions in the west of the country”.

In response to these conservation violations, the Malagasy authorities have launched a zero tolerance campaign in each region. As a result, 120 people were arrested for environmental crimes in the space of a month.

For the Voahary Gasy Alliance, this environmental justice is a headlong pursuit. “There are those caught in the act who say they know people in high places. There are the corrupt officials and there are the smugglers and traffickers. For example, the court clerk and protected turtle seller who was arrested in March. The sentence he received was not the same as that of his predecessors, that is, a prison sentence. We must set an example, and that is what zero tolerance is all about: equal application of the law for all”, says Ndranto Razakamanarina, chairman of the Alliance.

This injustice in the application of environmental laws could dilute the effectiveness of the work carried out by the Voahary Gasy Alliance-AVG, despite its network of investigators and informants throughout the country. In March 2020, the platform reactivated the toll-free number 512, which allows citizens to denounce environmental crimes.