Homepage » IVORY COAST: The government is going to equip Oumé with a water tower

IVORY COAST: The government is going to equip Oumé with a water tower 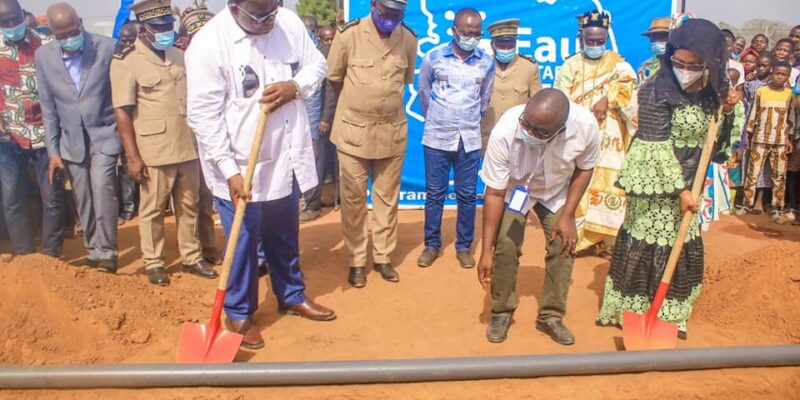 Covering the drinking water needs of the inhabitants of the Oumé division, in south-central Ivory Coast. This is the objective of the new drinking water supply project launched on February 11th, 2021 by the Ivorian Minister of Hydraulics Laurent Tchagba.

The water tower will be capable of supplying 780 m3 per day to 23,565 people living in the sub-division of Guepahouo, as well as in the localities of Sakahouo, Digbohouo, Donsohouo, Douagbo and Bodiba. The division’s current water needs are estimated at 571 m3 per day. The construction of the facility is entirely financed by the Ivorian State to the tune of 1.1 billion CFA francs, or around 1.7 million euros.

According to the government of this West African country, the populations of the Oumé division begin to benefit from the future water tower in eight months, that is to say in November 2021. With national water coverage estimated at 82%, the Ivorian government wants to increase this rate to 100% by 2030, thanks to its “water for all” programme.

The Ivorian government is also implementing the “12 Cities Project”. As part of this project, work has recently started in Odienné, a town in the North-West of Ivory Coast. The objective of the Ivorian Ministry of Hydraulics is to increase Odienné‘s current production capacity (1,700 m3 per day) to 10,000 m3 per day.