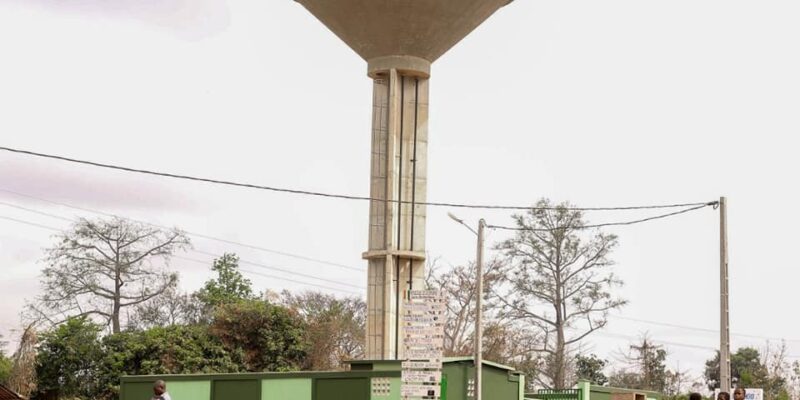 The "Water for All" programme is in full swing in Ivory Coast. On February 1st, 2021, Ivorian Minister of Hydraulics Laurent Tchagba launched the construction of a drinking water supply (AEP) in Didiévi. In the sub-Division, the future installations will supply the localities of Bodo and Groyaokro.

After the sub-division of Songon, in greater Abidjan, it is Didiévi’s turn to benefit from the “Water for All” programme. The Ivorian Minister of Hydraulics, Laurent Tchagba recently launched the construction of a drinking water supply (AEP) in this sub-division located in the region of Bélier.

The AEP will be built between the localities of Bodo and Groyaokro in Didiévi. The works will involve the construction of a borehole with a provisional pumping rate of around 9 m3/hour and a treatment plant that will store its production in a water tower with a capacity of 50 m3 and a height of 15 m. According to Minister Laurent Tchagba, the AEP will supply 198 m3 of water per day to the populations of the two localities until 2036.

The Didiévi drinking water supply project is entirely financed by the Ivorian state, to the tune of 334 million CFA francs, about 510,000 euros. The AEP is expected to be delivered in seven months. As with previous projects, the AEP in Didiévi aims to bring Ivory Coast closer to its goal of providing access to drinking water for all Ivorians by 2030.

In Songon, west of the council of Yopougon in greater Abidjan, the National Drinking Water Office (ONEP) plans to deliver the site one month rather than Didiévi, i.e. in June 2021. The AEP system should supply the villages of Kossihouen, Bago, Guebo 1, Guebo 2 and Nonkouagon, whose population is estimated at more than 14,500 people. This other project will require an overall investment of 1.4 billion CFA francs (2.13 million euros), all financed by the Ivorian public treasury.