EGYPT: with Hassan Allam, Masdar wants to convert 4 GW of electricity into hydrogen 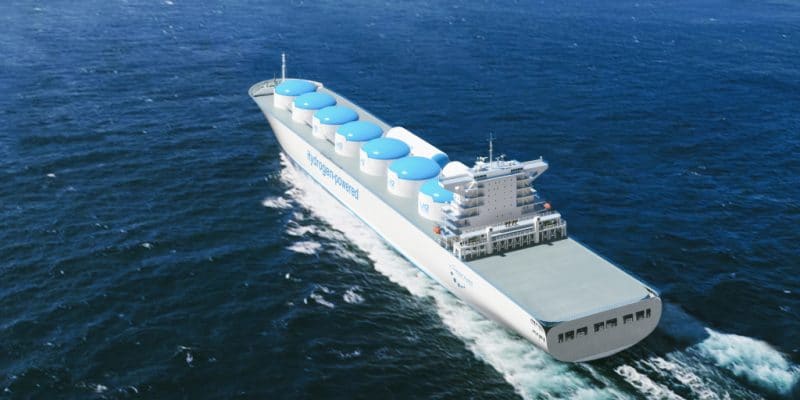 The Egyptian government is signing a series of agreements with local and international companies for the production of green hydrogen. It is in this dynamic that the Emirati Company Masdar has obtained the approval of the authorities for the production of green hydrogen in the economic zone of the Suez Canal in northeast Egypt. The agreements were recently signed with the General Authority of the Suez Canal Economic Zone (SCZone), the Sovereign Wealth Fund of Egypt (TSFE), the Egyptian Electricity Transmission Company (EETC) and the New and Renewable Energy Authority (NREA).

Yesterday, the Sovereign Wealth Fund of Egypt joined in the signing of 2 MoUs between #Egypt’s Hassan Allam Utilities & #UAE’s @Masdar to cooperate on the development of #GreenHydrogen production plants in the @SCZone & on the Mediterranean coast. pic.twitter.com/OodY8qUrML

Masdar will implement its project in partnership with Hassan Allam Utilities, the Cairo-based subsidiary of Hassan Allam Group. The two companies plan to set up facilities in the Suez Canal Economic Zone to convert 4 GW of clean electricity into green hydrogen via electrolysis. This process consists of the transformation of electrical energy into chemical energy.

According to Masdar, the choice of Egypt for its investments in green hydrogen is mainly related to the potential of the North African country in terms of renewable energies, especially solar and wind. In the first phase of their project, Masdar and Hassan Allam will set up facilities to produce 100,000 tons of e-methanol per year. This fuel is obtained by mixing carbon dioxide (CO2) and hydrogen (H2).

According to many experts, this new energy could replace conventional energies, especially gasoline and diesel, and is particularly useful for the decarbonisation of maritime transport. A few weeks ago, the Danish ship-owner Maersk signed six letters of intent with as many international manufacturers to supply 12 future container ships delivered between 2023 and 2025. These large ships are expected to consume 730,000 tons of methanol per year.

In the Suez Canal Economic Zone, Masdar and Hassan Allam will expand the capacity of their facilities by 2030, with a projected production of 480,000 tons of hydrogen and “2.3 million tons of green ammonia for export as well as for local industries,” says Amr Allam, chairman and CEO of Hassan Allam Holding.

Masdar’s entry into the nascent green hydrogen market is not its first investment in Egypt’s energy sector. The Abu Dhabi, UAE-based Company has formed a joint venture with Egyptian independent power producer (IPP) Infinity Energy to develop renewable energy projects in Egypt and elsewhere in Africa.