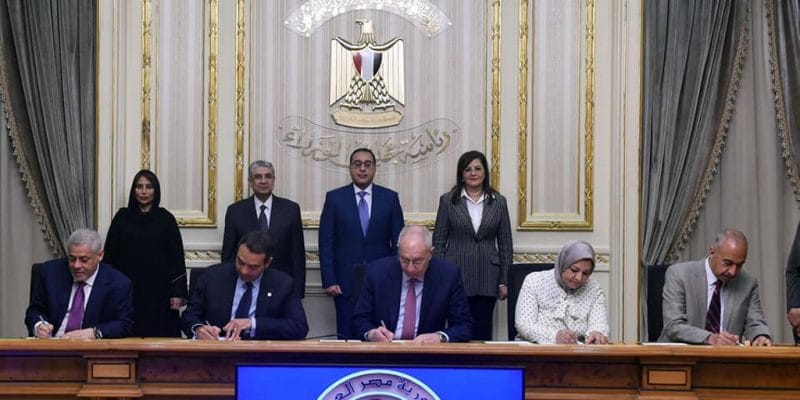 The Egyptian government has given its approval to two international companies to produce and export green hydrogen and ammonia from the port of Ain Soukhna in the Gulf of Suez. These are the French EDF Renouvelables and the Emirati Amea Power.

The first agreement concerns EDF Renewables. The subsidiary of the giant Electricite de France (EDF) intends to collaborate with the General Authority of the Suez Canal Economic Zone (SCZone), the Sovereign Wealth Fund of Egypt (TSFE), the Egyptian Electricity Transmission Company (EETC), the New and Renewable Energy Authority (NREA) and the Zero-Waste Egypt Alliance. The agreement signed in the presence of several members of the Egyptian government aims to produce hydrogen and its derivatives from the port of Ain Soukhna in the Gulf of Suez.

As part of the plan validated by the Egyptian authorities, EDF Renewables plans to invest in setting up facilities capable of producing 350,000 tons of hydrogen and green ammonia per year. The project will be implemented in two phases. The first phase will have a capacity of 140,000 tons per year. Construction of the plants will start in 2024. The first tons of hydrogen and green ammonia will be exported by ships to the international market from 2026.

“The Egyptian state wants to sign more projects that support the transition to a green economy. The signing with EDF Renewable, the Alliance for a Waste-Free Egypt, and Amea Power is one of several partnerships undertaken by the Egyptian state in this framework. All efforts in this regard are in line with Egypt’s enormous capacity to produce green hydrogen and green ammonia,” said Egyptian Prime Minister Mostafa Madbouly, after signing the agreements with the two companies.

EDF Renewables and Amea Power will have to invest no less than $3 billion, according to the Egyptian authorities. By investing in the production of green ammonia, the Emirati Company Amea Power is diversifying its activities in Africa. The independent power producer (IPP) is known for its solar projects, which are multiplying in several African countries.