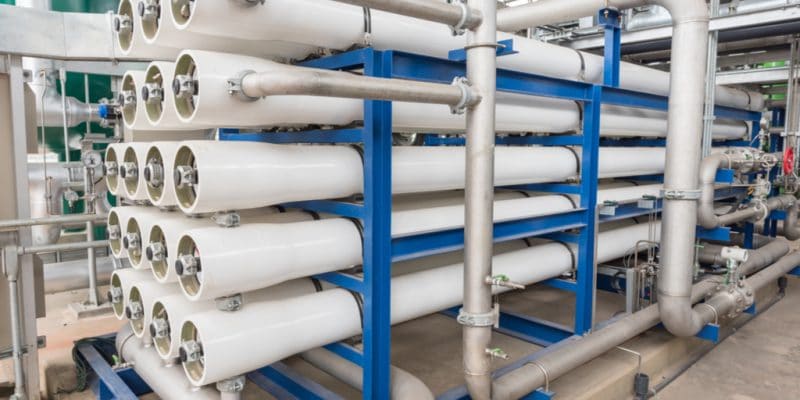 A memorandum of understanding has recently been signed between the Arab Organization for Industrialization (AOI) and SepraTek, a South Korean company. The contract includes the construction of a membrane manufacturing plant for seawater desalination plants and technology transfer.

A plant to manufacture membranes for seawater desalination will be built in Egypt by 2020. A memorandum of understanding has been signed to this effect by the Arab Organization for Industrialization (AOI) and SepraTek, a company based in Incheon, South Korea. The desalination membrane is an essential element for a desalination plant, which is used to filter salts and organic impurities contained in seawater in a reverse osmosis process.

The desalination membrane plant, which SepraTek is about to build, will be used to supply the Egyptian market under the AOI. This organisation also believes that the surpluses could be sold on the Arab and African markets. Egypt is increasingly relying on seawater desalination to provide drinking water to the population. Several projects are underway in the country. These include the New Mansoura desalination plant currently being built by the American company Fluence Corporation and Hassan Allam EPC, an Egyptian company. The plant will provide 40,000 m3 of potable water per day to the city of New Mansoura, currently under construction in Upper Egypt.

According to the state-owned daily Al-Ahram, desalination plants currently supply up to 250,000 m3 of water to Egypt’s drinking water network. Massive investments in reverse osmosis serve to prevent the decline in the Nile level that will most certainly occur after the commissioning of the Great Renaissance Dam in Ethiopia, at least during the years when the reservoir is filled.

This motivation further justifies the collaboration between the AOI and the Korean company SepraTek. The agreement that now binds the two parties also concerns the transfer of technical and technological expertise, not to mention the training of managers for the design, development and manufacture of membrane production lines and other equipment that enable desalination plants to operate.

SepraTek’s technology transfer terms have not been specified but on the AOI side, it is stated that the engineers who will benefit from SepraTek’s expertise will then be able to manufacture, assemble and test desalination equipment, “in accordance with the required quality requirements”.