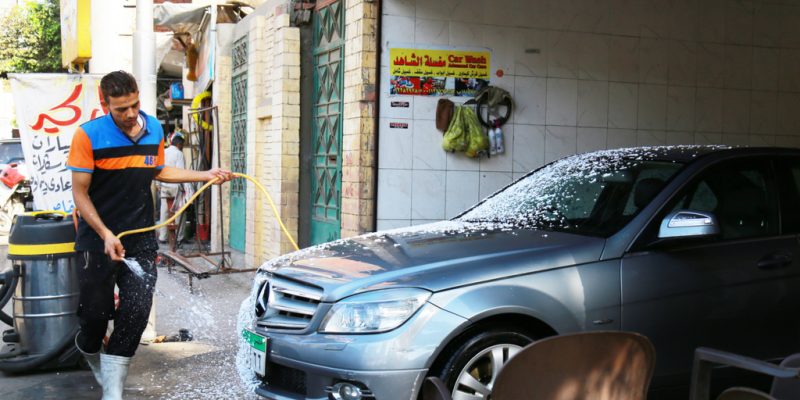 The Egyptian government is studying the possibility of strengthening measures to rationalize water consumption throughout the country. Until now, restrictions have been imposed on farmers and. The restrictions will soon affect all Egyptians.

Sanctioning water wastage in the streets. That is not yet the case in Egypt but authorities are seriously considering new measures to restrict water consumption across the entire territory of this North African country. Egypt’s minister of water resources and irrigation, Mohamed Abdel Aaty, and the minister of housing, utilities and urban communities, Assem El-Gazzar, recently held a working session on the issue.

Among the recommendations of the two officials is the need to develop water taps that regulate water consumption in households, government and social facilities, and places of worship. The government is also considering stepping up sanctions on water wastage, both in car washing and in the streets.

In addition to sanctions and other measures to restrict water consumption, the Egyptian government wants to intensify its efforts to exploit unconventional water resources such as the reuse of wastewater for irrigation. The country of the pharaohs has made progress in this segment in recent months, notably with the commissioning of an agricultural wastewater treatment plant in the governorate of Ismailia (Sinai).

The Egyptian government also intends to invest in the construction of seawater desalination plants in all the coastal governorates. A few weeks ago, the authorities announced a five-year, £45.18 billion ($2.8 billion) plan to build 47 seawater desalination plants in the governorates of North and South Sinai, Port Said, Ismailia, Suez, Dakahlia, Kafr E-Sheikh, Beheira Matrouh and the Red Sea.