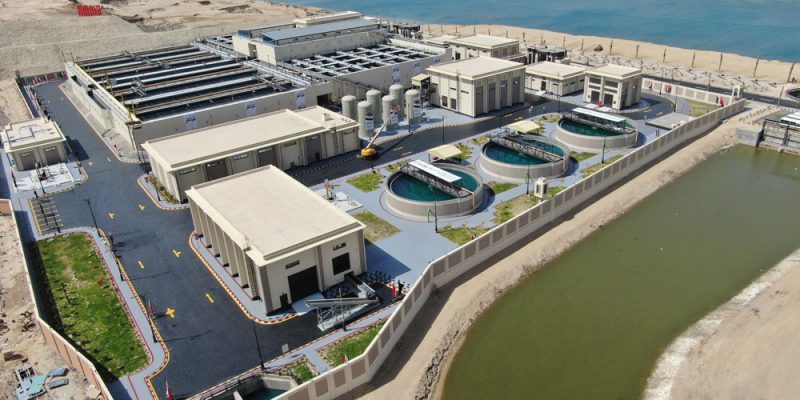 One of the largest agricultural wastewater treatment plants has recently been put into operation in the governorate of Ismailia in Egypt. The treatment plant was built by the Emirati company Metito and Hassan Allam Construction, an Egyptian-based engineering company.

Abdel Fattah al-Sissi recently visited the Sinai. The Egyptian president was present in the governorate of Ismailia for the inauguration of one of the largest agricultural wastewater treatment and reuse plants in the world. Named Al Mahsamma, the treatment plant covers an area of 42,000 m², with a production capacity of one million m³ per day.

The plant was built by a consortium formed by the Emirati company Metito and Hassan Allam Construction, an engineering company based in Egypt. “Water is transferred to the plant from the Ismailia Irrigation Drainage Canal, located west of the Suez Canal, through two individual pumping stations under the Suez Canal to the Srabuim Siphon, from where the water is then drawn through the plant’s pumping station using eight vertical turbine pumps – six pumps in operation and two on standby – each pumping at a speed of 7,000 m³/hour,” explains Metito.

Metito estimates that treated wastewater from Al Mahsamma will be used to irrigate more than 28,300 hectares of plantations in the Sinai Peninsula. The project will thus support the Sinai Development Strategy, an initiative of the Egyptian government to counter terrorism in this part of the country through development. “The Al Mahsama plant will help combat water scarcity. It will have a resounding impact on Egypt’s water security programme and will transform the vision of wastewater treatment in Africa,” explains Hassan Allam, president of Hassan Allam Construction.

The project will also contribute to the clean-up of Lake Al Temsah located west of the Suez Canal. The construction of the Al Mahsamma plant required an investment of 100 million dollars.