Homepage » DRINKING WATER: Major African programmes that are making a difference locally
This article is part of the dossier
WORLD WATER DAY 2021 : WATER AND SANITATION IN AFRICA 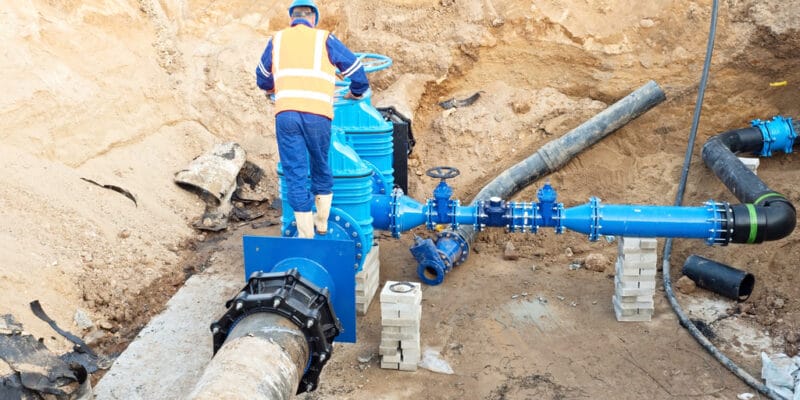 In recent years, Africa has made significant progress in terms of access to drinking water. This is due to large-scale programmes implemented in certain countries on the African continent. These are increasingly being implemented through public-private partnerships (PPPs), designed to facilitate the financing and development of drinking water facilities. On the occasion of World Water Day, Afrik 21 presents the most emblematic of these initiatives.

The Covid-19 health crisis reminded us of the importance of hand washing in Africa. Paradoxically, the fight against the coronavirus has accelerated access to drinking water in several regions of Africa, especially south of the Sahara. Despite these recent advances, the United Nations (UN) estimates that one in four Africans still lacks a safe source of drinking water. Furthermore, the international organisation points out in its Water Development Report (2019) that unequal access in Africa is ultimately a gender issue. Women and girls overwhelmingly bear the brunt of the burden of water collection, spending more than 30 minutes a day (on average) at the expense of their education.

While this picture may be pessimistic, it is worth noting that some major initiatives have been launched in certain countries of the continent to improve or secure access to drinking water. In Ivory Coast, for example, the government has been implementing the “Water for All” programme since 2019, which, according to the authorities, should lead to the population’s self-sufficiency in drinking water.

An investment of over €2 billion

Under the “Water for All” programme, the Ivorian government will invest a total of 1,320 billion francs (more than 2 billion euros), equivalent to the gross domestic product (GDP) of Cape Verde (1.99 billion dollars in 2020). With these funds, the Ivorian government, through numerous private companies, is building new drinking water plants to supply the country’s major cities.

For the economic capital Abidjan, a plant under construction will tap the Aghien Lagoon, the largest freshwater reserve in Ivory Coast, to provide up to 150,000 m3 of drinking water per day. In Bouaké, a city with a population of over 1.5 million, the government has commissioned a 240,000 m3 drinking water plant from the Mé River. Part of the production will be distributed to other communes in the greater Abidjan area.

With an investment of 4.5 billion CFA francs (almost 7 million euros), the Ivorian government has strengthened the supply of drinking water in Tiassalé, 123 km north of Abidjan, thanks to a new drinking water plant with a capacity of 12,000 m3 per day. The country’s rural areas have not been neglected either, as several drinking water supply projects are underway or have already been inaugurated. This is the case of a vast project that will allow the construction of 6 000 solar-powered boreholes in the 31 regions of this West African country.

In recent years, Uganda has also embarked on major projects to improve the supply of drinking water and access to sanitation services for its population. The most emblematic of these is the Kampala and Lake Victoria Region Water and Sanitation Project implemented by the National Water and Sewerage Corporation (NWSC). According to the European Investment Bank (EIB), the ongoing project will eventually increase the coverage and reliability of water supply services and improve access for the people of Greater Kampala, especially those living in informal settlements in Wasiko and Mukono districts, as well as in the towns of Nansana and Kira.

Overall, the project involves the upgrading and rehabilitation of the Gaba water treatment plant, the extension of the water supply network to densely populated areas and the construction of a new sewerage unit in East Kampala. One of the major components of the Kampala and Lake Victoria Water and Sanitation Project remains the construction of the Katosi drinking water plant.

The facility, which is already 95% complete, will have a capacity of 160,000 m3 per day, expandable to 240,000 m3 per day. The project is being implemented by a consortium formed by French water giant Suez, and Sogea-Satom, the subsidiary of the Vinci Group, based in Paris, France. The cost of the Katosi plant, which will treat water from Lake Victoria, is €212 million, financed by the Ugandan Treasury, the EIB, the French Development Agency (AFD), the Kreditanstalt für Wiederaufbau (KfW), the German development agency, and the EU-Africa Infrastructure Trust Fund (EATF). These financial institutions are also mobilising for water supply in Egypt.

Egypt is also committed to a policy of strengthening water supply. Unlike other major initiatives in Africa, the Egyptian government is proposing a plan to equip the country with 19 seawater desalination plants by 2022. Cairo is relying on public-private partnerships (PPPs) to accelerate the deployment of these facilities in coastal governorates.

The plan aims to secure the supply to meet the demand for drinking water in view of Egypt’s growing population. This strategy is also being implemented in a context of persistent water stress and the authorities’ desire to preserve the country’s freshwater resources. In the next five years, this programme will make it possible to deliver 47 desalination plants for an investment of 45.18 billion pounds (2.8 billion dollars). The Egyptian government even plans to build 67 desalination plants by 2050, an ambitious plan that will still require an overall investment of 435 billion Egyptian pounds ($27.4 billion).

Desalination is also being considered by Namibia. The government of this southern African country has been working for several years with Botswana on a major project that should lead to the construction of a desalination plant in Walvis Bay to supply the cities of Windhoek (Namibia) and Gaborone (Botswana). This project will be costly for both countries, as it will require a large desalination plant to supply both cities, as well as the laying of at least 1,490 km of pipeline, with the known risk of leakage.

Although no significant progress has been made on the technical side, the authorities in both countries are sending out signals to speed up the implementation of the project. Namibia is known for its desert climate, with surface water resources concentrated in the Okavango Basin in the north-east of the country. Its Botswana neighbour is 68% covered by the Kalahari Desert. This shows the importance of the Walvis Bay desalination project, which would bring relief to the populations of both countries.