COTE D’IVOIRE: Some €258 million to improve water supply in Bouaké 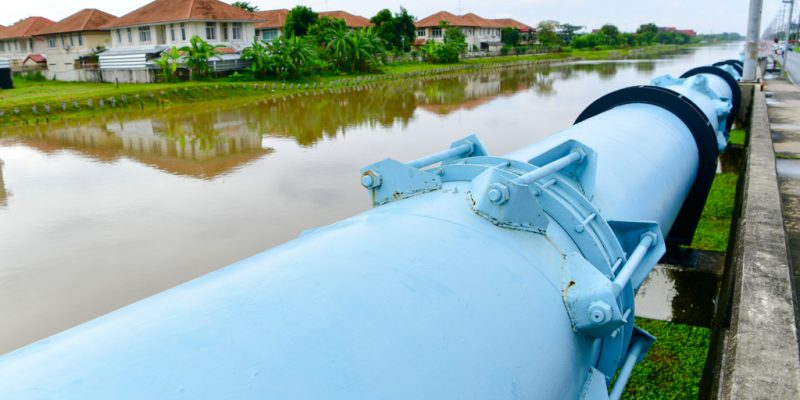 The government of Côte d'Ivoire has recently launched a project to strengthen the drinking water supply in Bouaké, in the centre of the country. The project, which will require an investment of 169.2 billion CFA francs (about €258 million), is part of the "water for all" programme, which aims to supply 95% of the population by 2025.

The Minister of Hydraulics, Laurent Tchagba, recently launched a project to boost the drinking water supply in Bouaké in the centre of the country. The new project is being carried out in response to recurring water shortages in the main town in the Gbêkê region of Côte d’Ivoire. The last water crisis in the city of Bouaké dates back to 2018 with severe drought that caused the drying-up of the Loka water reservoir which supplies a drinking water plant in the same locality.

The solution advocated by the government of Côte d’Ivoire to secure the drinking water supply of this city of more than 571,000 inhabitants is to pump water from Lake Kossou, an artificial body of water located on the Bandama River. The reservoir was built at the level of Kossou.

An investment of almost 258 million euros

The raw water pumped from Lake Kossou will follow a 40 km pipeline to the Loka drinking water plant, which will have a capacity of 96,000 m³ per day. Currently, the plant supplies 30,000 m³ per day, against an estimated demand from the city of 60,000 m³ per day. The Ivorian Minister of Hydraulics, Laurent Tchagba, estimates that the extension of the capacity of the Loka plant will enable the population of Bouaké and the surrounding localities to be supplied at least until 2045.

The implementation of the project will require an investment of 169.2 billion CFA francs (about €258). The construction of the new facilities, which will be delivered within 18 months, is part of the “Water for All” programme launched by the government of Côte d’Ivoire to provide drinking water to 95% of the population by 2025.

As part of this policy, government recently inaugurated a drinking water plant in the town of Tiassalé, 123 km north of Abidjan (the economic city). The new plant, whose construction required an investment of more than 4.5 billion CFA francs (some 7 million euros), will improve the drinking water supply to the towns of N’Douci, N’Zianouan and Tiassalé.