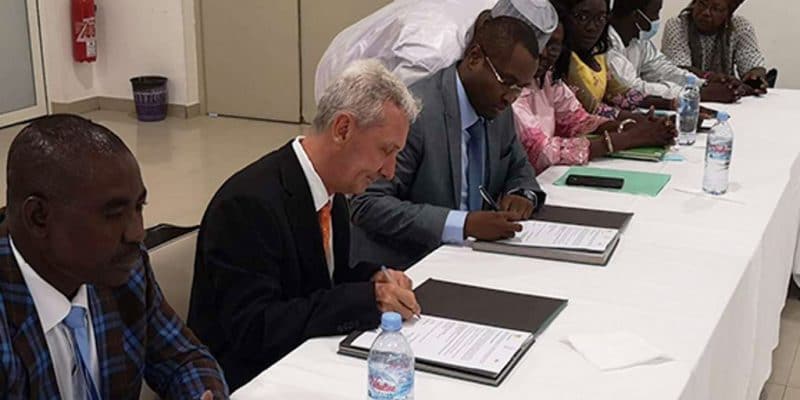 In Chad, the government and the French non-governmental organisation (NGO) Noé have just signed a partnership contract for the management of the Binder-Léré wildlife reserve (RFBL) located in the south-west of the country. Through this 15-year partnership, Noé is committed to improving the monitoring of the rich wildlife of the RFBL.

Noé is embarking on a new adventure in the Binder-Léré Faunal Reserve (BLFR), located in south-western Chad. The French non-governmental organisation (NGO) for the protection of biodiversity signed a partnership contract with the Chadian Ministry of the Environment, Fisheries and Sustainable Development on July 26th, 2021 in N’Djamena. This contract grants the management of the RFBL to Noé for a period of 15 years. The objective is to reinforce the surveillance and ecological monitoring of the reserve’s fauna in the long term, particularly the 120 or so elephants that roam the reserve, which constitute the third largest population of savannah elephants in Chad.

The RFBL was created by presidential decree in 1974. Covering an area of 1350 km², the reserve was designated as a wetland of international importance (Ramsar site) in 2002, due to the variety of its wetlands as well as its waterfalls, notably the “Gauthiot Falls”. Today, however, the reserve is subject to worrying anthropic pressure, marked by intensive poaching. In March 2013, nearly 89 elephants were shot. The same situation was repeated in 2018 and 2019, with 19 and 7 pachyderms respectively slaughtered. And according to the Noé organisation, most of the species in the reserve have disappeared or reached alarming numbers requiring rapid intervention for their recovery. This is the case of the manatee, whose presence in the Léré and Tréné lakes of the RFBL is a bio geographical curiosity for a landlocked country like Chad. This aquatic and herbivorous mammal is known to live in shallow fresh water, in lagoons or river mouths, lakes and coastal marshes in the tropical and Atlantic zone.

Strengthening the protection status in a national park

Noé’s missions in the RFBL take place within the framework of the Programme d’appui à la gestion concertée des aires protégées et écosystèmes fragiles du Tchad (APEF). The programme is financed by the European Union to the tune of 33 million euros (21.6 billion FCFA) for a five-year operational period (2017 – 2022).

The partnership signed between Noé and the Chadian government also comes in a context of strengthening the protection of the RFBL. The Chadian government intends to classify a part (nearly 1000 km²) of this reserve as a national park by the end of 2021. More than a nature reserve, the national park is a portion of territory in which the fauna, flora and the natural environment in general are protected from human activities.

DRC/ZAMBIA: an agreement to manufacture batteries for electric vehicles