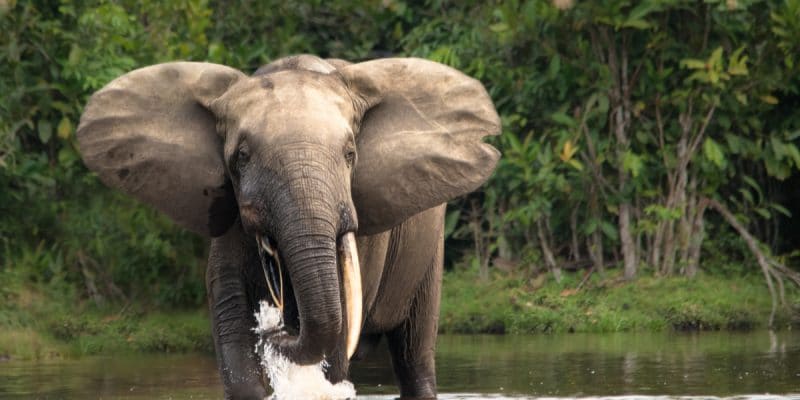 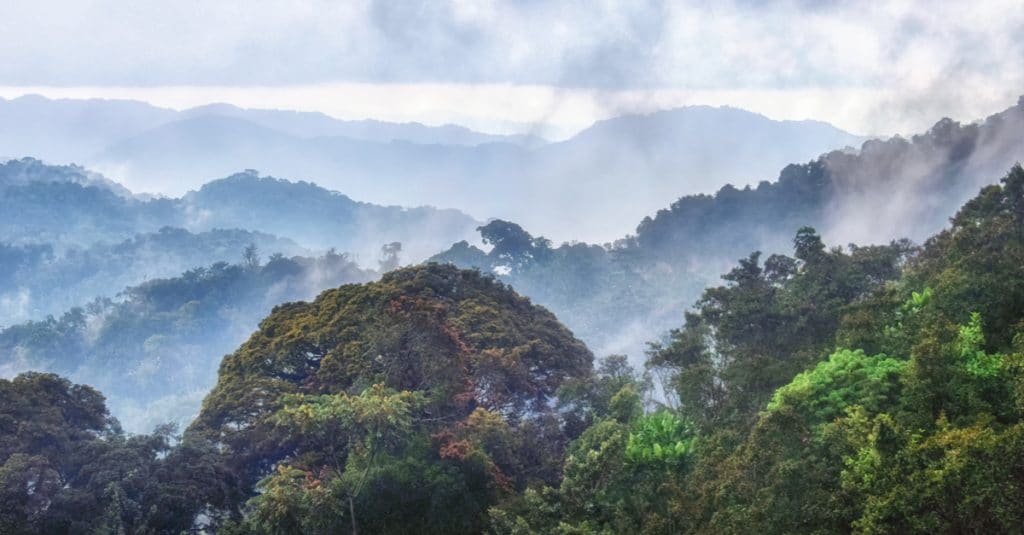 The planet has two lungs. The Amazon rainforest and the forest that covers the Congo Basin. This notion of a “green lung” is highly questionable since the first “lungs” of the planet are the oceans. But its media success is a fair reflection of the image of a precious asset for the balance of the entire planet. The Congo Basin rainforest alone accounts for 10% of the world’s biodiversity and covers more than 3.6 million square kilometres spread over six countries. Cameroon, Central African Republic, Republic of Congo, Democratic Republic of Congo, Gabon and Equatorial Guinea.

The areas identified as biodiversity “hotspots” are the most biologically rich places in the world, hosting many endemic or threatened species. Eight of the 34 biodiversity hotspots identified around the world are in Africa, according to the Intergovernmental Platform on Biodiversity and Ecosystem Services (IPBES). Among the most threatened in Africa, IPBES singles out Madagascar and the Indian Ocean islands. About 1 million species are threatened with extinction there, and many more will be in the coming decades, according to IPBES. Unless action is taken to reduce the intensity of the drivers of biodiversity loss.

Africa is home to one-fifth of all known mammal, bird and plant species

According to the work of Sinatayehu workeneh Dejen, a researcher at Haramaya University in Ethiopia, Africa’s biodiversity contains at least one fifth of all known species of mammals, birds and plants. These living things thrive in a variety of ecosystems. Deserts, drylands, savannahs, tropical forests, and mangrove forests.

Read also: AFRICA: Concepts at the heart of the debate on biodiversity 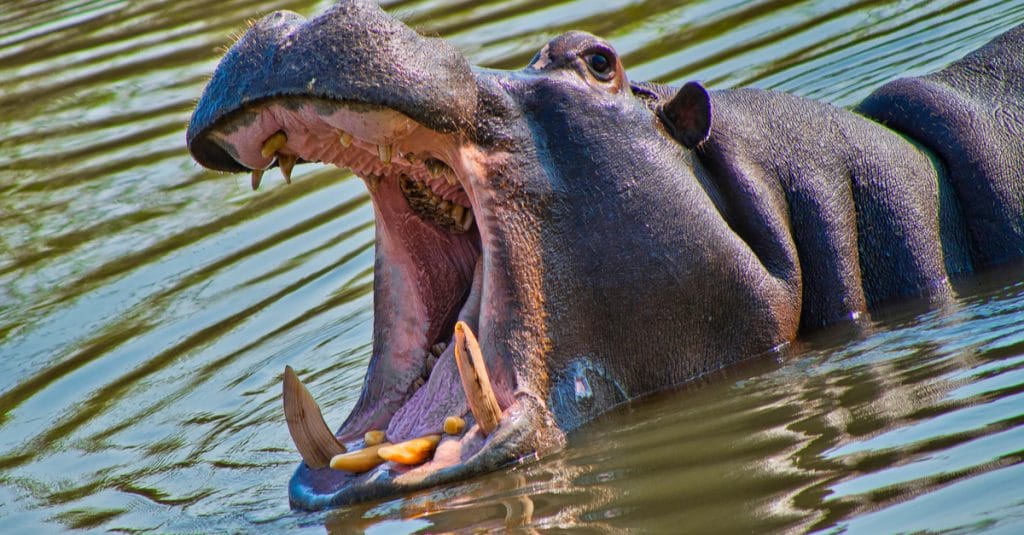 The Millennium Ecosystem Assessment report published in 2005 identifies 93 freshwater or wetland ecological regions in Africa. These are territories where the main factor influencing the environment and its occupants is water. The conservation and wise use of wetlands is governed worldwide by the Ramsar Convention, an intergovernmental treaty signed in Iran in 1971.

By 2100, 50% of Africa’s bird and mammal species could disappear

Despite its rich potential, Africa’s biodiversity is in serious decline. Population growth, extensive agricultural practices, rapid urbanisation, infrastructure development and illegal wildlife trafficking are the main causes of the phenomenon. Thus, in a report published in 2016, the Nature Conservation Monitoring Centre (WCMC), a structure belonging to the United Nations Environment Programme (UNEP), estimated that the degradation of biodiversity will lead to the loss of 50% of Africa’s bird and mammal species by the end of this century.

On the continent, an elephant dies every 25 minutes

According to the World Wildlife Fund (WWF), the African elephant population will disappear by 2040 due to poaching that has gone wild: an elephant dies on the continent every 25 minutes, killed for its ivory tusks. In November 2019 WWF launched a donation drive, aimed at saving these animals from extinction.

Frequent armed conflict in many of Africa’s nature reserves has contributed to the decline of some of the continent’s iconic animals. Joshua Daskin and Robert Pringle, researchers at Princeton University in New Jersey, USA, analysed data collected between 1946 and 2010 on more than 250 populations of large herbivorous mammals in Africa. The report, published in January 2018, found that 70% of Africa’s protected areas have been affected by war. In countries such as Ivory Coast, the Democratic Republic of Congo, Angola and across the Great Lakes region, elephants, hippos, giraffes and other large mammals have not been spared the violence of fighting, and starving populations have slaughtered the animals for their meat and to sell marketable commodities like ivory. 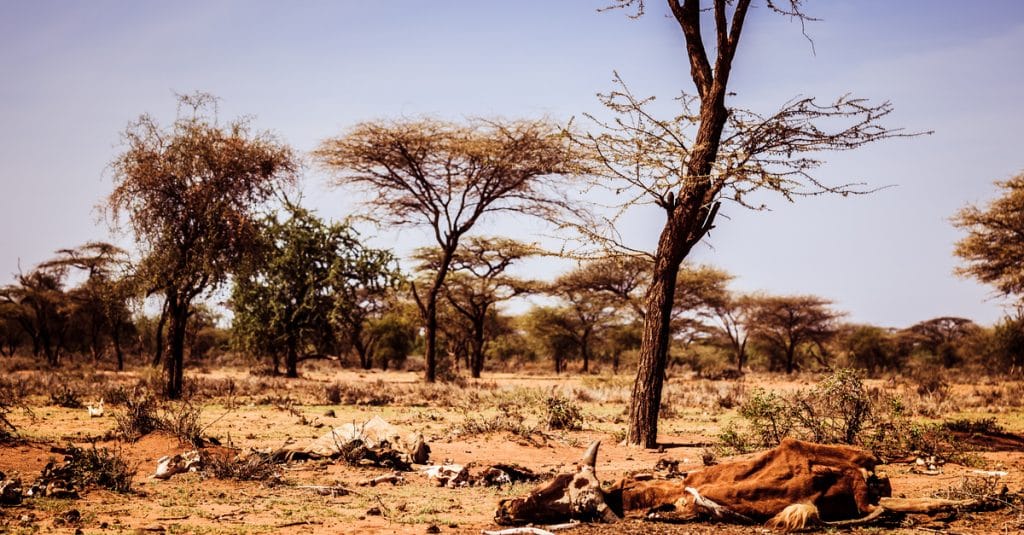 According to the Intergovernmental Panel on Climate Change (IPCC), climate change will exacerbate the effects of previous threats to biodiversity. Africa, considered the continent most affected by the effects of climate change, will see its amphibian population drop drastically due to reduced water availability as a result of persistent drought conditions. The IPCC states that 40% of amphibian species and 33% of coral reefs are at risk of extinction.

14 African countries are now members of the biodiversity coalition

The intergovernmental biodiversity coalition was launched in January 2021 at the One Planet Summit 2021. Its mission is to speak out in favour of the adoption of the 30% target at the next Convention on Biological Diversity summit (COP15), to be held in China in September 2021. There are currently 14 African countries in the coalition: Gabon, Mozambique, Angola, Ethiopia, Botswana, Nigeria, Kenya, Rwanda, the Democratic Republic of Congo (DRC), Senegal, Congo, Uganda, Ivory Coast and Benin. The 30% target comes from a UN campaign to unite world leaders around the goal of transforming 30% of the Earth into protected areas by 2030. However, this goal is opposed by Survival International. The NGO has launched a petition against this campaign, which it believes could harm the lives of 300 million people, including indigenous Africans, the true custodians of the forests.