Africa’s challenge to preserve its biodiversity 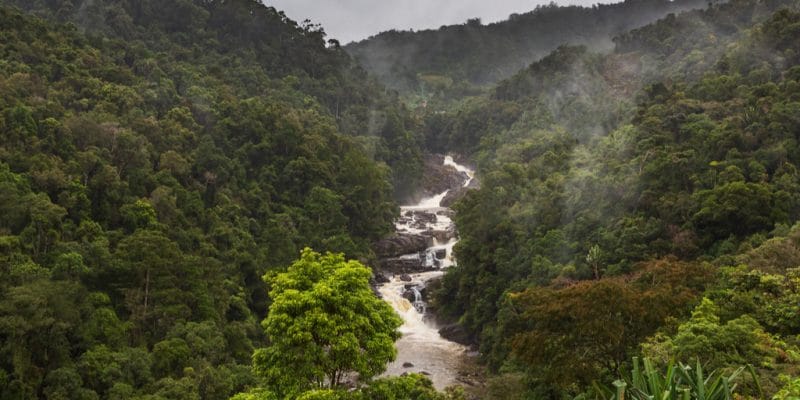 This Saturday, May 22nd, 2021, the whole world is celebrating biodiversity. In Africa, biodiversity is at the heart of all the issues at stake, since each country must reconcile development and the preservation of nature. The imbalances caused by human action are manifested in particular through deforestation caused by agricultural development or the exploitation of wood, as well as climate change, which accentuates the disturbances and is manifested by the abundance of rainfall and the resurgence of droughts in some parts of the continent.

Biological diversity is the sum of the different species and life forms (animal, plant, entomological and others), their evolution and the interactions they may have within the ecosystem where they develop. Africa is home to some of the most diverse biodiversity in the world, with animals and plants living in forests, savannahs, mountains, mangroves and other wetlands.

In a 2018 report on the impact of climate change on biodiversity, ecologist Dejene W. Sintayehu said that Africa is home to nearly one-fifth of all known species of mammals, birds and plants. For Al-Hamndou Dorsouma, the head of the African Development Bank (AfDB) Group’s climate and green growth division, biodiversity has always played a key role in human development and well-being in Africa through the ecosystem services it provides. “By providing food, health, water supply and quality services, as well as many other services, it is the engine of socio-economic development,” explains the environmental expert.

Africa is home to one of the world’s greatest diversity of plants. To date, more than 62 000 species have been recorded across the continent. According to scientists, an average of 200 new plant species are discovered every year. The floristic diversity of the African continent can be divided into several sub-regions. Tropical Africa, for example, has around 30,000 species recorded to date, while biological diversity is more largely depleted in North Africa, although more than 7,000 species remain.

The Horn of Africa is presented as the poorest sub-region in terms of biodiversity due to its predominantly arid and semi-arid climate. Nevertheless, more and more species are being discovered there, especially in Ethiopia and Somalia.

The islands of the Indian Ocean, like Madagascar, are major centres of endemic plant diversity. Scientists estimate that there are 10 000 plant species on the large island, 80% of which are endemic. On the other hand, on other islands such as Zanzibar, in the Indian Ocean, or São Tomé and Príncipe, in the Atlantic Ocean, floristic diversity is very degraded with a dominance of species introduced from the continent.

A diversity of wildlife to be preserved

On the continent, in the seas and islands surrounding Africa, fauna has developed abundantly. Nature has been particularly generous in the Afrotropical ecozone, certainly due to its climate. Africa’s faunal diversity consists of invertebrates, of which scientists have discovered hundreds of species to date. These animals without spines have to coexist with more than 100,000 species of insects, which themselves share the same ecosystem with as many as 2,600 species of birds, which are often joined by other congeneric migrants from temperate regions to spend the winter in Africa. 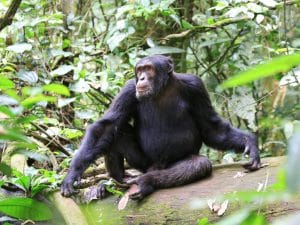 Accelerating the destruction of biodiversity

While safeguarding the environment seems to be crucial for the preservation of human life on the planet, it should be pointed out that biological diversity is being seriously undermined by humans, who often enslave nature for their economic development. The situation has now reached an alarming stage. According to a study published on April 15th, 2021 in the journal Frontiers in Forests and Global Change, 97% of terrestrial habitats have lost their ecological integrity. Although some areas are still resisting the onslaught of human activity, particularly in the Congo Basin, the situation is puzzling many scientists and environmentalists.

In Central Africa, in the south of Cameroon to be exact, palm oil production is about to result in the destruction of 60,000 hectares of forest in the town of Campo. These forests will disappear with all the living species around them. According to the United Nations Environment Programme (UNEP), overexploitation and degradation of biodiversity will result in the loss of 50% of Africa’s bird and mammal species. In the Protected Planet Report published in 2016, UNEP estimates that biodiversity loss will lead to a 20-30% drop in lake productivity by the end of the century, as well as a decline in wildlife and fisheries in Africa.

Environmental organisations are sounding the alarm about the accelerating deforestation in Africa. This situation is caused by the development of cash crops (coffee, cocoa, groundnuts, rice, palm oil, etc.) which whet the appetite of both small farmers and large agro-industrial groups. Ivory Coast has become the leading cocoa-producing country, thanks to smallholders who produce an average of 1.4 million tonnes of beans each year. While the country’s forest cover fell from 16 million to 2.5 million hectares between 1900 and 2020, according to researcher Traoré Kassoum of the Péléforo Gon Coulibaly University in Korhogo. 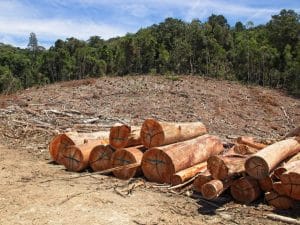 Palm oil, whose yields are exceptional compared to other oilseeds, is among the most devastating products for biodiversity. Deforestation is also caused by industrial logging, mainly in Central Africa, and by urban development. Indeed, in its 2019 report, the Intergovernmental Platform on Biodiversity and Ecosystem Services (IPBES) states that Africa is one of the fastest growing and most unplanned continents. Africa’s current population of 1.25 billion is expected to double by 2050, putting a strain on the continent’s biodiversity and nature’s contributions to people.

One of the major obstacles to biodiversity conservation in Africa is the increase in armed conflict and insecurity in general. The most palpable case is illustrated by the situation in Virunga National Park, a major biodiversity hotspot. Located in the east of the Democratic Republic of Congo (DRC), this reserve has become the rear base of the Mai-Mai militia. In January 2021, six eco-guards were shot dead by these rebels who sow terror in eastern DRC. In addition to the massacre of rangers, these rebels are involved in poaching wildlife in Virunga.

Like the DRC, many African countries, at some point in their existence, have had to deal with armed conflicts that have decimated their wildlife. In neighbouring Rwanda, the Akagera National Park was restored to tranquillity after a civil war that led to the Tutsi genocide in 1994. At the time, people fleeing the massacres took refuge in Akagera National Park. The animals had to leave their natural area, and dispersed into the Great Lakes region.

A similar situation occurred in Angola during the civil war between 1991 and 2002. According to the Angolan authorities, before this conflict, Angola had a population of 100,000 elephants. Today, the country has only 10,000 pachyderms. Although calm has since returned to the Angolan reserves, the elephants are still reluctant to return to their natural habitat. Their migration corridor continues to be littered with mines laid during the civil war.

The thorny issue of human-wildlife conflict 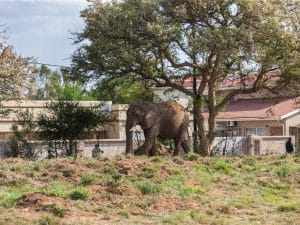 In Gabon, for example, some populations are confronted with forest elephants that raid their plantations. Recently, the people of Mékambo in the province of Ogooué-Ivindo demonstrated their discontent with the disasters caused by these animals. The cry of anger from the people of the Zadié department was addressed to Lee White. The Gabonese Minister of Water, Forests, the Sea, the Environment, in charge of the Climate Plan and the Land Allocation Plan has opted for the construction of electric fences to keep elephants away. However, the population has been slow to implement this solution.

In East Africa, the Maasai people, who are almost exclusively pastoralists, have to deal with lions coming out of the national parks during the wet season, following the migration of herbivores. According to scientists, in this part of Africa, one man dies every week from a cat attack. And every day, when the men defend themselves or take revenge, a lion is killed. In Tanzania’s Tarangire National Park, human presence is strictly limited. But beyond the boundary of the reserve, marked by a simple line on the map, vast tracts of bushland are home to a population traditionally hostile to the presence of wild animals. This situation jeopardises the protection of this “umbrella species” which is vital for maintaining the balance of the ecosystems. To cope with this situation, the Maasai build Boma, a kind of circle made of stacked thorn branches that offer a paltry protection against lion attacks in the dark.

The throes of climate change

Africa is among the regions of the world most affected by climate change. This is manifested in rising water levels in some places, and increased droughts in southern Africa, the Sahel and the Horn of Africa. In these regions, the drying up of water sources and vegetation is forcing herbivores to move. This is because the cats are forced to follow their prey. This issue will be at the heart of the discussions at the 15th Conference of the Parties to the Convention on Biological Diversity (COP 15), which will be held from 11 to 24 October 2021 in Kunming in the south-western Chinese province of Yunnan.