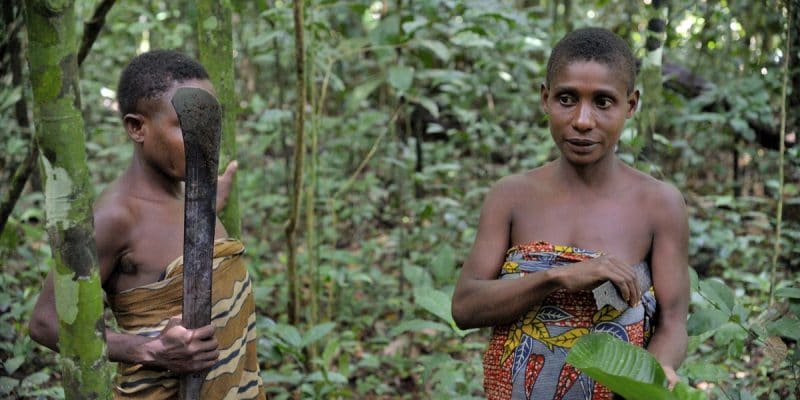 Survival International has launched a petition against one of the objectives of the "One Planet Summit 2021". According to the NGO, turning 30% of land into protected areas by 2030 is a form of "green colonisation" that risks harming the lives of 300 million people, including Africa's indigenous people, the true custodians of the forests.

Survival International, the global movement for indigenous peoples, denounces the 30% target, a campaign spearheaded by the United Nations that aims to unite world leaders on transforming 30% of the Earth into protected areas by 2030. The NGO’s release follows the “One Planet Summit 2021”, an event at which organisers, including French President Emmanuel Macron, called on nations and conservationists to work towards the 30% target being adopted at the next summit of the Convention on Biological Diversity, to be held in China in September.

But for Survival International, this objective is part of a phenomenon that the NGO has been denouncing since its creation in London in 1969, namely “green colonisation”. “The French government does not see how destructive these projects are for indigenous peoples who have inhabited and managed so-called ‘wilderness areas’ for generations – but who are supposed to make room for nature conservation. The 30% target no longer even follows the science, which has clearly shown over the past decade that indigenous peoples’ territorial rights are essential for biodiversity conservation,” says Stephen Corry, director of Survival International.

In 2018, Survival International launched a campaign to prevent the creation of a new park in Congo, so that the forest is left in the hands of its true owners and protectors. According to the NGO, Baka pygmies have been expelled from the park by forest rangers who receive bounties when they arrest them. According to the same source, these rangers, financed and supported by the World Wildlife Fund (WWF), beat and tortured the Baka, stole their property and burnt down their camps. While the parks remain open to sport hunting, which is harmful to wildlife and tourists whose plastic waste pollutes the environment.

This way of conserving forests will become more widespread if the 30% target is adopted. For Survival International, this is a practice that is harmful to the environment and is rooted in racist and ecofascist ideas of which people are worth more, which are worth less and which can be deported and impoverished, or attacked and killed.