Homepage » AFRICA: Concepts at the heart of the debate on biodiversity

AFRICA: Concepts at the heart of the debate on biodiversity 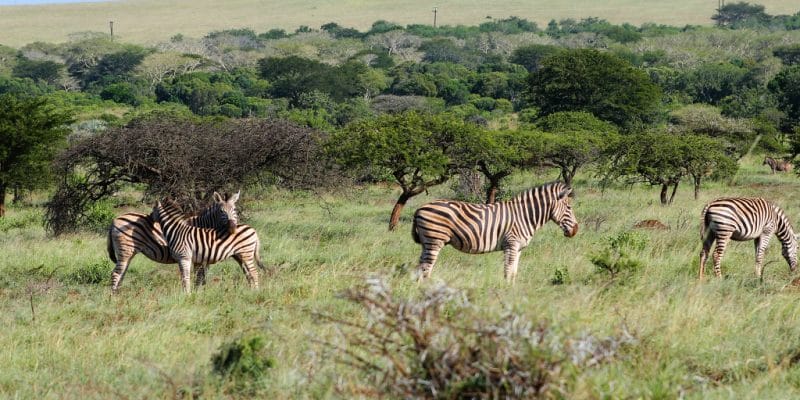 As part of Afrik 21's series on Biodiversity from Saturday May 22nd, 2021, we propose to take a look at some of the concepts that help us better understand the current situation and the debates on biodiversity conservation in Africa.

Climate change refers to the variations in climate that can be observed at a given location and over a given period of time. Climate change is partly responsible for the increasing degradation of biodiversity in some parts of Africa. From one region to another, this can be manifested in drought, particularly in the Sahel, the Horn of Africa, Eastern and Southern Africa; and heavy and erratic rainfall in Western and Central Africa. Climate change is often associated with global warming.

Global warming is related to the increase in average ocean and atmospheric temperatures due to excessive greenhouse gas emissions.

According to Meteo France, the greenhouse effect is a natural phenomenon that causes a rise in temperatures on the planet’s surface. As a result, this phenomenon is essential for all living beings and plants that inhabit the planet. However, this natural phenomenon is threatened by human activities that affect the chemical composition of the atmosphere and lead to an additional greenhouse effect, which is largely responsible for current climate change.

Greenhouse gases responsible for climate change include carbon dioxide (CO2) emitted by industry and agriculture, power plants and various means of transport, and natural phenomena such as volcanic eruptions and bush fires. Greenhouse gases are also formed from water vapour, which increases as the climate warms.

Ecology is considered to be a science whose object of study is the interactions of living beings with each other and with their environment. Ecology has become a current of thought (ecologism or political ecology) which is embodied in various currents whose common objective is to integrate environmental issues into social, economic and political organisation. In the long term, the aim is to establish a new development model based on a radical transformation of the relationship between human activity and the environment.

While in other parts of the world, movements have already formed political parties claiming to be ecologists, in Africa, this current of thought is more embodied by non-governmental organisations (NGOs) specialising in the defence of the environment.

Wildlife refers to all animal species living in a given ecosystem. Thanks to the diversity of its ecosystems, Africa has a fairly diverse fauna. The “Big Five” can be found here. These are a group of five African mammals that are highlighted by the tourist authorities in the context of photographic safaris. These include the African lion, the African leopard, the African elephant, the black rhino and the African buffalo.

Many of these mammals, especially rhinos and elephants, are threatened with extinction due to poaching. These pachyderms are targeted for their tusks which are highly sought after on the black market in Asia.

According to the International Union for Conservation of Nature (IUCN), human-wildlife conflict occurs when the life-sustaining needs of wildlife interfere with those of human populations, with negative consequences for both local communities and wildlife. In Africa, the situation is worsening as the living space of wild animals is eaten up by humans for economic activities. Animal species that are particularly vulnerable to this phenomenon include elephants, which make excursions into plantations, and felines such as the lion, which, following the migratory route of herbivores, crosses paths with humans and their livestock, which can become easy prey.

In an ecosystem, the flora represents all plant species. To date, biologists have identified 62 000 species of plants on the African continent. This flora evolves in symbiosis with fauna, particularly herbivores, which use it as a source of food. But the flora is threatened by deforestation.

Deforestation is the set of practices that lead to the regression, often irreversible, of a surface covered by forests. This phenomenon is caused by agricultural exploitation, wood exploitation and urban development. Ivory Coast is one of the African countries most affected by deforestation. Its forest cover is decreasing mainly due to cocoa cultivation.

The forest cover is a group of trees forming a more or less continuous screen. According to Comifac (Commission des forêts d’Afrique centrale), Central Africa has the second largest area of humid forest cover in the world, covering almost 2 million km2. The Congo Basin is mostly covered by large areas of unbroken rainforest that stretch from the Gulf of Guinea to the Albertine Rift in the Great Lakes region.

According to the Food and Agriculture Organization of the United Nations (FAO), the term REDD+ REDD is an international and transnational initiative launched in 2008 that aims to reduce emissions from deforestation and forest degradation, as well as to achieve sustainable management and conservation of forests and enhancement of forest carbon stocks. REDD+ is part of the United Nations Framework Convention on Climate Change (UNFCCC) negotiation process.

Reforestation is the re-creation of a forested area that has been destroyed by humans or by phenomena such as climate change. Africa is home to many reforestation initiatives, notably in the Sahel, the Horn of Africa and East Africa. To date, the Great Green Wall remains the largest reforestation project in Africa. The objective set by the African Union is to create a strip of vegetation to halt the advance of the Sahara.

Scientists refer to an invasive species as a species whose rapid proliferation disrupts the native biodiversity of the natural or semi-natural ecosystems in which it has become established. In Africa, the most talked-about species is the water hyacinth, which prevents the development of all forms of life on and in the watercourse where it grows. In Africa, many rivers and lakes are invaded by this floating carpet-like plant, which originated in South America. 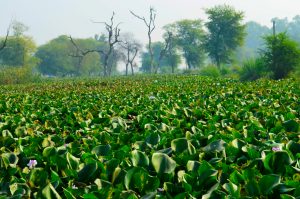 The plant has particularly developed on Lake Victoria and continues to colonise the rivers and lakes of West Africa. In fact, the International Union for Conservation of Nature (IUCN) now lists the water hyacinth as one of the top 100 most invasive species in the world.

This is a growing trend of thought that tends to demonstrate or denounce the myth of an African Eden carried by certain (Western) environmental organisations that preserve biodiversity in national parks by excluding indigenous populations. The debate around the issue of green colonialism has intensified in recent months with the release in 2020 of the book, L’invention du colonialisme vert, written by French researcher Guillaume Blanc.