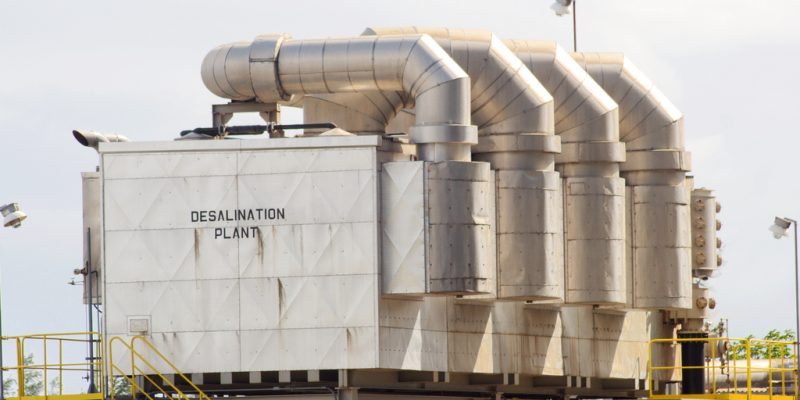 Work on the construction of three new seawater desalination plants will soon start in Algeria. The future stations will be installed on three sites, notably in the Algiers, Annaba and Skikda provinces.

Populations in Algeria will soon be better supplied with drinking water. The Algerian Minister of Water Resources, Arezki Berraki, stated on May 7, 2020 that work on the construction of three new seawater desalination plants will soon start in the country. The infrastructures will be installed on three sites, notably in the wilaya of Algiers, the smallest, but also the most populous of the 48 wilayas which make up Algeria, in Annaba, a town situated in the north-east of the country, 536 kilometres east of the capital Algiers, and in Skikda, a commune situated on the shores of the Mediterranean Sea, 471 kilometres east of Algiers. “The capital’s project will have a capacity of 300,000 m3/day. The three new plants are intended to reinforce the existing desalination structures,” says Arezki Berraki, the Algerian Minister of Water Resources.

In Algeria, 11 seawater desalination plants already exist and are spread over 9 provinces which are: Chlef, Tlemcen, Algiers, Skikda, Mostaganem, Oran, Boumerdès, Tipaza and Ain Témouchent. The facilities produce 17 % of the total amount of drinking water consumed nationally. The 11 plants have reached 2,110,000 cubic metres per day, the equivalent of 770 cubic metres per year, providing drinking water throughout the country’s various wilayas.

In addition to the future sea water desalination plants, Minister Arezki Berraki announced that the project also provides for the supply of desalinated water to the country’s coastal towns and the dedication of water from dams to inland towns and irrigation. The aim is that these cities will no longer rely solely on rainwater.

Currently in Algeria, there is nothing to worry about. The contribution of the latest rainfall is important. “The heavy rains recorded in recent days have contributed to increasing the reserves of dams by more than 300 million m³ and to replenishing the water table,” says Arezki Berraki, the Algerian Minister of Water Resources.

“Despite late rainfall this year and the increase in the level of water consumption due to the fight against the spread of Covid-19, the filling rate of dams is currently around 62%. That’s a good rate,” he adds.

As of this date, national reserves are around 4.2 billion cubic metres, in addition to groundwater reserves. Of the 75 dams in operation across Algeria, eight are 100% filled, including the Tlemcen, El Taref, Jijel, Mila, Skikda, Tissemsilt and Mostaganem provinces. According to the minister of water resources, this volume should make it possible to satisfy the Algerian demand during the next summer.