Homepage » AFRICA: a new partnership for wildlife conservation in the Okavango Basin

AFRICA: a new partnership for wildlife conservation in the Okavango Basin 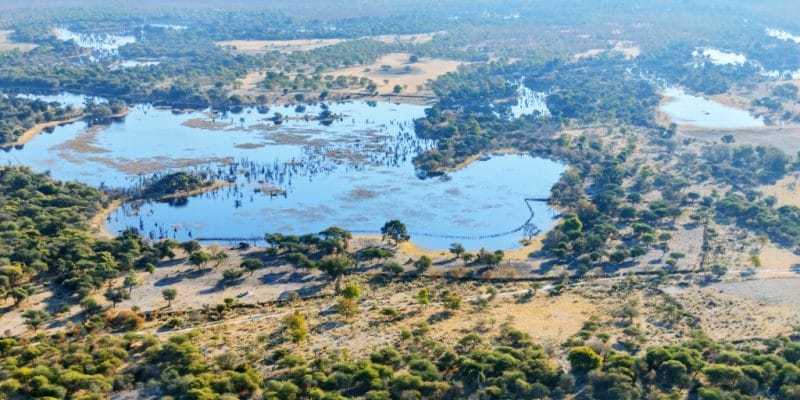 Diamond conglomerate De Beers has signed a five-year partnership with the National Geographic Society to preserve the rich biodiversity of the Okavango Basin, which straddles central and southern Africa. The partnership comes at a time when this African wildlife refuge is threatened by oil development.

Over the years, the National Geographic Society has become a key player in the preservation of biodiversity in Africa, thanks in part to its National Geographic Wild television channel. The scientific and educational organisation is partnering with De Beers, a diamond mining company based in London, UK. The two partners are launching “Okavango Eternal”. The initiative aims to strengthen nature conservation and community support in the Okavango Basin in Botswana, Namibia and Angola.

Over the next five years, National Geographic and De Beers will enhance wildlife conservation by focusing on the long-term preservation of wildlife corridors for the movement and proliferation of threatened species. Also, the Okavango Eternal partnership will support conservation research by funding expeditions to collect new data, installing monitoring technology and building the capacity of local researchers through grants and training.

The Okavango Basin is one of Africa’s major biodiversity hotspots. The Okavango, which drains it, is the third longest river in southern Africa (after the Zambezi and Limpopo), with a length of between 1 600 and 1 800 km. This endoreic river (forming an inland delta) rises near the town of Huambo in central Angola, before flowing through Namibia to Botswana where it ends in the vast Okavango Delta in the Kalahari Desert.

The Okavango Delta is the focal point of this unique ecosystem in Africa. This inland delta is a vast 18,000 km2 wetland in northern Botswana, home to many endangered species of animals in this particularly arid region of Africa. The most iconic are savannah elephants, lions, cheetahs, wild dogs and hundreds of bird species.

“The health of the Okavango Delta depends on its source lakes and rivers, which carry water from the rainfall in the highlands of Angola. While the delta itself enjoys protected status, the Okavango basin that feeds it does not, and the effects of climate change, deforestation and upstream commercial agriculture are threatening this vital lifeline,” says National Geographic.

In addition to wildlife, the Okavango ecosystem is also used by local communities who therefore have a role to play in preserving its biodiversity. This is why local people are at the centre of the Okavango Eternal partnership. National Geographic and De Beers plan to provide water and food security for more than one million people and livelihood development for an additional 10,000 people. This represents a critical foreign investment to support the long-term resilience and recovery of the region in the years ahead. “The partnership aims to work hand-in-hand with Okavango communities to provide shared ecological solutions that lead to collective economic opportunities,” adds National Geographic.

In addition to climate change, human activities are the main threat to biodiversity in the Okavango Delta. The wetland, teeming with life, is also home to oil deposits that Namibia and Botswana want to exploit to boost their economies. In fact, the governments of both countries have granted two 35,000 km2 oil concessions to Reconnaissance Africa (ReconAfrica), a company based in Vancouver, Canada. For many environmental organisations active in the region, oil drilling will be detrimental to wildlife and local populations.

One of the weapons of these organisations is awareness-raising. As part of the Okavango Eternal partnership, De Beers and National Geographic will produce a film about the Okavango Basin in Botswana to raise awareness of the problems facing this ecosystem and why it is important to protect it. The partnership also focuses on developing self-sustaining conservation-based tourism economies to build local support and understanding for watershed conservation in Angola, Namibia and Botswana.