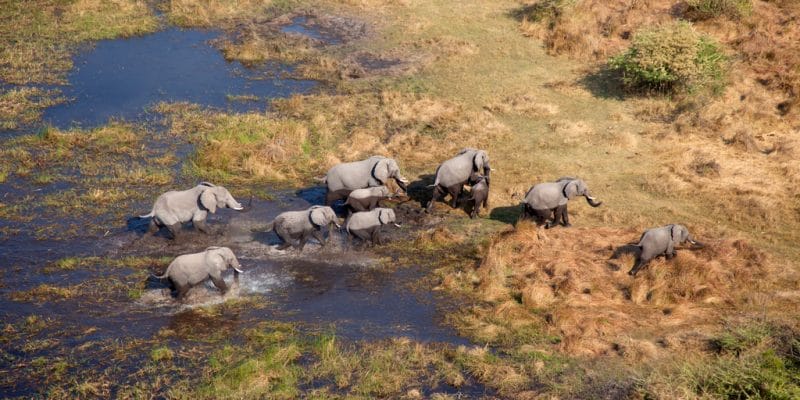 Nature conservation organisations are concerned about the oil exploration project that the company Reconnaissance Africa (ReconAfrica) wants to carry out. It has obtained two concessions covering more than 35,000 km2 from the Namibian and Botswanan governments.

Oil exploration is once again threatening biodiversity in Africa. This time the threat extends to the south of the continent. In the Okavango Basin, Reconnaissance Africa (ReconAfrica) will conduct explorations on two concessions covering more than 35,000 km2. The company, headquartered in Vancouver, Canada, has secured these concessions from the governments of Botswana and Namibia.

But the prospect of oil exploitation in the region does not sit well with the environmental protection organisations, which are now against the project. “Fracking and drilling for oil, which can impact sensitive ecosystems such as the vast Okavango Basin, can be detrimental not only to local communities, but also to a wide variety of flora and fauna,” says Frack Free Namibia, which has just launched an online petition.

The organisation has also teamed up with Fridays for Future Windhoek and Eden to write to the United Nations Educational, Scientific and Cultural Organisation (UNESCO), the governments of Canada and Botswana, and the Namibian Ministry of Agriculture, Environment and Mines. The objective is to raise awareness of the likely consequences of oil exploration in the Okavango River Basin.

Drilling to begin in December 2020

ReconAfrica plans to start oil exploration during December 2020, through a first phase of three boreholes. The other two phases will be carried out over the next four years. The study of these wells should determine the density of oil in the area. “Following the declaration of a commercial discovery, the oil agreement entitles ReconAfrica to a 25-year production licence,” ReconAfrica explains.

But environmental organisations believe that even exploratory drilling would be a serious blow to the rich biodiversity of the region. “The exploration area in Namibia and Botswana borders three national parks, the Okavango River and the Panhandle, which supply water to the unique Okavango Delta, a UNESCO World Heritage site. The prospecting area also overlaps with several conservatories and community forests and Tsodilo Hills, another UNESCO World Heritage site,” the three organisations say in their joint letter.

The threat to the Kaza cross-border park

According to these environmental organisations, only the noise of drilling rigs could disrupt wildlife, particularly in the Kavango-Zambezi Transboundary Conservation Area (KAZA-TFCA). According to Fridays for Future Windhoek and Eden, and Frack Free Namibia, ReconAfrica’s concessions lie within this famous five-border area (Namibia, Botswana, Zimbabwe, Zambia and Angola) comprising most of the upper Zambezi River basin and the Okavango basin and delta.

A presentation of things beaten to a pulp by the Namibian government, which assures that “oil drilling sites are not located along the banks of the Okavango River in the Kavango-Zambezi Transboundary Conservation Area. They are far away from the Okavango Delta”. In a note to our colleagues at National Geographic, the same source states that “no oil and gas exploration activities are allowed in national parks and no licences straddling a national park have been granted. All national parks have been excluded from oil exploration licences, including PEL 73. Members of government, affected communities and civil society have been kept well informed of this programme.

In any case, the Kavango-Zambezi Transboundary Conservation Area is home to one of the largest elephant populations in Africa with 130,000 pachyderms recorded on the Botswana side. These pachyderms, already hunted by farmers in the region, are extremely sensitive to human activities in their natural space.