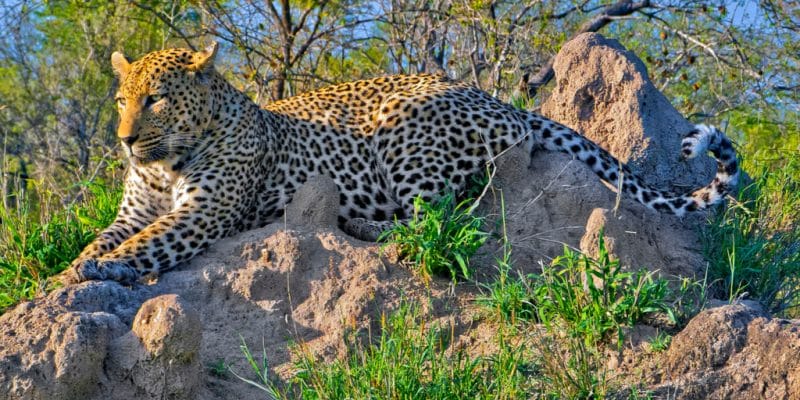 Africa has a diverse biodiversity. From the Ivory Coast to Ethiopia, through Morocco and South Africa, this biological diversity is being destroyed by human activities and climate change. Fortunately, many actors are working on the ground to preserve this biodiversity, which is essential to life in Africa.

Although Africa is not the main emitter of greenhouse gases (GHGs), the continent is nonetheless bearing the brunt of the consequences of climate change. The phenomenon is manifested in increased droughts that affect both humans and biodiversity. In addition to climate change, population growth is leading to the rapid expansion of African cities. In most Central and West African countries, this urban development is taking place at the expense of biodiversity.

However, on the ground, many actors are showing an interest in environmental issues and, above all, in the preservation of biodiversity. This is the case of non-governmental organisations (NGOs), which are multiplying awareness-raising missions on biodiversity preservation, supporting local communities in adapting to climate change and conducting studies to encourage public authorities to take decisions in favour of environmental preservation.

The key role of environmental organisations

One of the most active NGOs in the field of biodiversity conservation is GreenPeace Africa, the African branch of GreenPeace, based in Vancouver, Canada. This large association is particularly known for its warnings, denunciations and positions on major projects that have an impact on biodiversity. Recently, the organisation once again criticised Deutsche Bank for financing an agricultural project that would result in the destruction of 10,000 hectares of forest in southern Cameroon.

The German bank decided to finance a concession granted by the Cameroonian authorities to Sudcam Hevea. The local subsidiary of the Singaporean rubber giant Halcyon Agri wants to raze the equatorial forest to create a vast rubber plantation. Also, in Cameroon, GreenPeace has denounced the Camvert project, a large oil palm plantation that will soon be built in Campo, in the south of the country. This other agricultural project will cause the loss of 60,000 hectares of tropical forest. In addition to Cameroon, GreenPeace is active in Congo, where it recently spoke out about the awarding of nine logging concessions to the Chinese companies Congo King Baisheng Forestry Development and Congo Sunflower Forestry Development. In West Africa, the international NGO denounces, among other things, overfishing in Mauritanian territorial waters…

For its part, the World-Wide Fund for Nature (WWF), which is very influential internationally, does field work and stands out for its nature conservation initiatives. In recent months, the organisation has stepped up its actions in the fight against plastic waste pollution, notably on the Kerkennah Islands in Tunisia, or on the Kenyan coast thanks to a partnership with Kenya PET Recycling Company (Petco) and Mr. Green Africa. WWF also undertakes actions for the protection of wildlife, or in favour of renewable energy production.

The contribution of conservation organisations

Conservation organisations are among the key players in biodiversity conservation in Africa. The most active is undoubtedly African Parks NetWork. Founded in 2000 and based in Johannesburg, South Africa, the organisation manages national parks and protected areas across Africa in partnership with governments and local communities. With over 1,000 rangers, African Parks manages at least 15 African national parks. 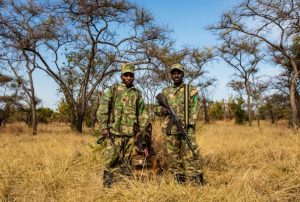 Rangers in the Akagera National Park in Rwanda © African Parks

For its part, Noé contributes to the preservation of flora and fauna in several African countries. The association, based in Paris, France, has created the “Parcs de Noé” branch to safeguard biodiversity through long-term public-private partnerships (PPPs) with mandates ranging from 15 to 25 years. Under these PPPs, Parcs de Noé provides day-to-day operational management and business planning while governments retain ownership and responsibility for legislative and policy frameworks. The association has also secured delegated management of the Conkouati-Douli National Park in Congo, the Binder-Léré Wildlife Reserve in Chad, and the Termit and Tin Toumma National Nature Reserve in Niger.

In the framework of its activities in Africa, Noé receives support from several development partners such as the French Development Agency (AFD). Like most international financial institutions, the French bank wants to increase its funding for the preservation of biodiversity in Africa. Thus, during the One Planet Summit held online on January 11th, 2021, AFD pledged to release 1 billion euros to finance biodiversity preservation over the next five years worldwide, of which 600 million euros will go to the Great Green Wall initiative.

The Agency was followed by other financial institutions such as the African Development Bank (AfDB), which pledged $6.5 billion for the Great Green Wall over five years. The World Bank has pledged to finance climate projects to the tune of 22.5 million dollars, also over 5 years. This other financial support should benefit Africa, which is facing a real climate challenge for the development of its agriculture and the preservation of biodiversity. Regardless of these relatively recent commitments, these development banks are increasingly increasing their climate financing, alongside bilateral partners.

The African Union’s (AU’s) greatest achievement in environmental protection is the Great Green Wall. The aim of this initiative is to plant a mosaic of trees, grasslands, vegetation and plants 8,000 kilometres long and 15 kilometres wide across the Sahara and Sahel to restore degraded land “and help the people of the region produce adequate food, create jobs and promote peace”.

This strip of vegetation, which will also allow for the regeneration of biodiversity, will cross the Gambia, Senegal, Mauritania, Mali, Niger, Nigeria, Chad, Sudan, Ethiopia, Eritrea and Djibouti. Although the implementation of the Great Green Wall has been greatly delayed since its launch in 2007, mainly due to a lack of funding, the project is nonetheless ambitious and achievable. Moreover, during the One Planet Summit, many development partners promised funds to relaunch the project.

Among the partners of the Great Green Wall is also the European Union (EU). The EU is also involved in other projects to preserve biodiversity in Africa. In 2019, the EU has committed €100 million for the implementation of the sixth phase of the regional support programme for the preservation of biodiversity and fragile ecosystems in Central Africa (Ecofac). The aim of this initiative is to preserve biodiversity by supporting 12 protected areas in Cameroon, Central African Republic (CAR), Congo, Democratic Republic of Congo (DRC), Gabon, Chad and Sao Tome and Principe.

What role for African governments?

In some African countries, biodiversity, and in particular wildlife, represents an important financial manna for the economy. Well-preserved wildlife attracts tourists. In countries such as Kenya, the tourism sector contributed $1.61 billion to GDP in 2019. In neighbouring Tanzania, tourism accounts for around 4.3% of GDP. In 2018, tourism receipts reached $2.4 billion, up 7% from 2017. The number of visitors, which stands at 1.5 million over the year, could still grow by more than 16% between now and 2023, according to the French Treasury. However, everything will depend on the evolution of the health crisis due to Covid-19, which has caused the cancellation of many reservations in 2020 and 2021. 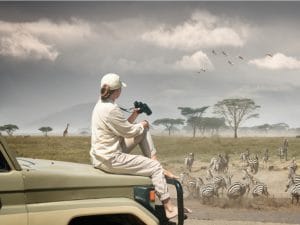 A tourist on safari in Tanzania’s Serengeti © soft_light/Shutterstock

According to the same source, the growth of the tourism sector is based on unique and diversified attractions, including seven sites listed as world heritage by the United Nations Educational, Scientific and Cultural Organisation (UNESCO). Tanzania’s northern national parks, particularly the Serengeti and Ngorongoro Crater, offer some of the most famous safaris in Africa. But Tanzania is facing increasing human-wildlife conflict, which the authorities are trying to control with the support of environmental organisations.

Gabon also stands out for its policies aimed at preserving floral biodiversity. The country, located in the heart of the equatorial forest, is one of the main exporters of wood on the African continent. In 2009, the Gabonese government announced a ban on the export of logs. The aim of this measure, which came into force in 2010, was to create jobs for young people, but above all to ensure the traceability of the wood to avoid abusive felling. This policy has been further strengthened with the application of due diligence in the special economic zone (SEZ) of Nkok.