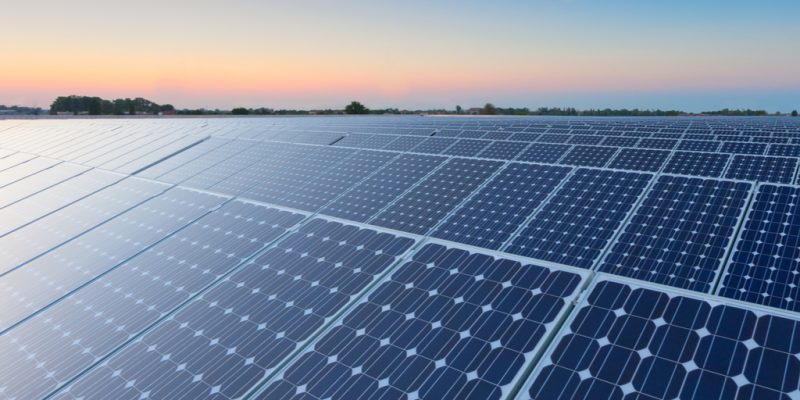 After several months of delay, the independent power producer (IPP) SolGas Energy will commission a solar photovoltaic power plant in August 2020. Located in Hwange, in the province of Matabeleland North, the plant will have a capacity of 5 MWp.

Clean energy will soon be fed into Zimbabwe’s national electricity grid from Matabeleland North Province. The electricity will be generated by a solar photovoltaic plant under construction in Cross Mabale, a small village near the mining town of Hwange in northwestern Zimbabwe. The solar project is being developed by SolGas Energy, an independent power producer (IPP) based in Harare the capital.

According to its founder, Tafadzwa Muchinda, who recently visited the site, the 5 MWp solar power plant will be connected to the grid by August 2020. SolGas Energy is several months behind schedule in its construction. “After completing the financing in February 2018, we had planned to commission the project by the end of May 2020, but due to the delays caused by Covid-19, not only in the country (Zimbabwe) but also abroad, such as China and South Africa, from where we import most of our equipment such as high level seraphim panels, we had to postpone this until the end of August,” explains Tafadzwa Muchinda.

SolGas Energy has obtained approval from the Zimbabwe Energy Regulatory Authority (ZERA) to build the Hwange solar power plant in 2016. The facility is currently being built on a 100 hectare site. The company plans to exploit this large area to expand the solar power plant to 88 MWp in the coming years. For the 5 MWp that will be produced in the near future, the IPP has signed a 25-year Power Purchase Agreement (PPA) with the state-owned Zimbabwe Electricity Transmission & Distribution Company (ZETDC).

To finance the project, “…we have raised $7 million locally in Zimbabwe and are playing our small part in reducing the national electricity import bill,” says Tafadzwa Muchinda. His company is developing several other renewable energy projects in Zimbabwe, including one in Chiredzi in Masvingo Province, where SolGas Energy plans to build a 10-MWp solar power plant.