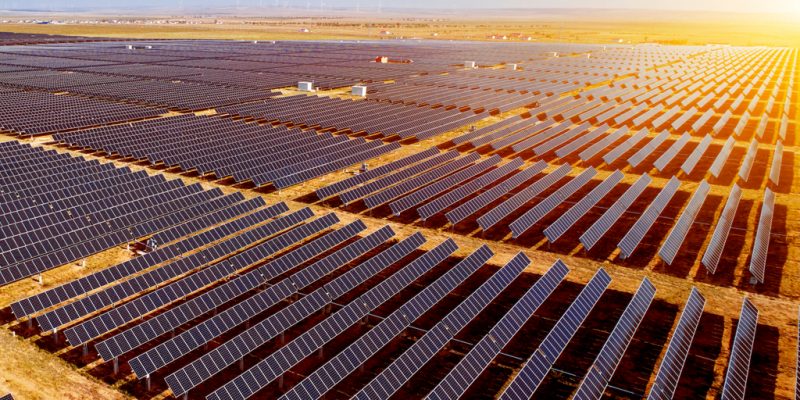 The state-owned Zimbabwe Electricity and Distribution Company (ZETDC) is bidding for the construction of several solar photovoltaic power plants to produce 500 MWp. Zimbabwe thus wants to diversify its electricity mix.

The Zimbabwe Electricity and Distribution Company (ZETDC) wants to increase the capacity of its electricity grid. The Zimbabwean public company has just launched a call for tenders for the construction of several photovoltaic solar power stations which will be connected to the national electricity network. “The Zimbabwe Electricity and Distribution Company (ZETDC) intends to contract for 500 MWp of solar photovoltaic power plants of different capacities at various strategically identified locations,” the British news agency Reuters reported, quoting the ZETDC tender document.

At the moment, the tender document is not available on the Zimbabwean state-owned electricity company’s website. At present, very few details have leaked out about this project which could help to diversify Zimbabwe’s electricity mix. The populations of this East African country are subject to load shedding due in part to the obsolescence of its coal-fired power stations and the drought that is affecting the proper functioning of the Kariba hydroelectric power station.

The plant, which has a capacity of 1,319 MW, produces electricity for the power grids of Zimbabwe and Zambia. The drought is leading Zimbabwe to rely increasingly on solar power to diversify its electricity mix. In order to acquire the means to implement its policy, the Zimbabwean government wants to rely on independent power producers (IPPs). In January 2020, Tatanga Energy and Sable Chemicals, Zimbabwe’s only ammonium nitrate manufacturer, agreed to build a solar photovoltaic power plant in Kwekwe, in central Zimbabwe. The plant, which will also be connected to the grid, will have a capacity of 50 MWp.