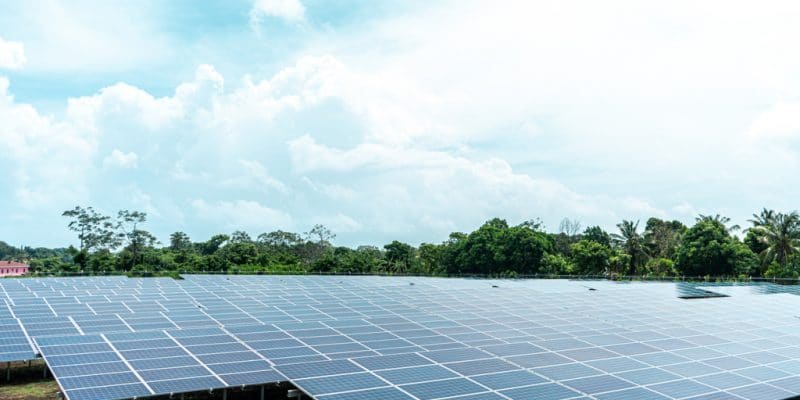 Independent Power Producer (IPP) Tatanga Energy and Sable Chemicals, Zimbabwe's only manufacturer of ammonium nitrate, have agreed to build a solar photovoltaic plant in Kwekwe, central Zimbabwe. The plant will have a capacity of 50 MWp.

Sable Chemicals, Zimbabwe’s only ammonium nitrate (fertiliser) manufacturer, wants to reduce its production shortfall caused by load shedding. The company has therefore entered into an agreement with independent power producer (IPP) Tatanga Energy to build a solar photovoltaic power plant near its plant in Kwekwe, an industrial town in Zimbabwe’s Midlands province.

The plant will have a capacity of 50 MWp. “The project involves the construction of an 88 kV power line 1 km from the site to interconnect with the adjacent 88 kV power line connecting Sable Chemicals substation to Sherwood substation,” says Culvin Chipfumbu, Tatanga Energy’s technical director.

The Sherwood substation is located near the construction site of the future solar power plant. Part of the output from the Kwekwe solar power plant will be used to reinforce Zimbabwe’s national electricity grid, which currently has a large production deficit.

Sable Chemicals and Tatanga Energy plan to expand the future solar power plant, increasing its capacity from 50 MWp to 150 MWp in the future. The first phase of the project is expected to be delivered by August 2021. Sable Chemicals is one of the companies based in Zimbabwe that has decided to generate their own electricity in order to reduce the impact of electricity outages.

This is also the case for Schweppes Africa Holdings Harare, the subsidiary of Schweppes, a Swiss soft drink brand. It has opted for solar off grid. On the roof of its factory in the capital Harare, the off-grid supplier Distributed Power Africa (DPA) has installed an off-grid solar power plant with a capacity of 1 MWp.