Homepage » UGANDA: €68m from Berlin for climate resilience and energy

UGANDA: €68m from Berlin for climate resilience and energy 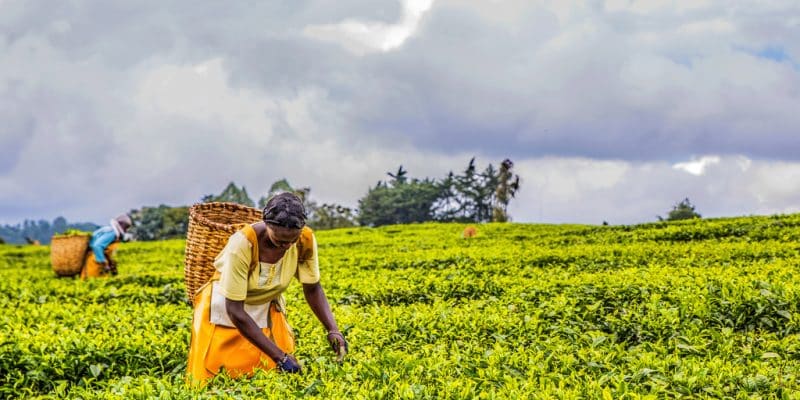 The German government is providing €68.8 million to build climate resilience in the agriculture and energy sectors in Uganda. The funding agreement comes as the East African country implements the third phase of its National Development Plan, which focuses on improving the living conditions of its 48 million inhabitants.

German-Ugandan cooperation accelerates on climate action. The German government is providing 68.8 million euros to finance sustainable agriculture and energy projects in Uganda. The financing agreement was signed recently in Kampala between Haj Kyeyune Haruna Kasolo, Uganda’s Minister of State for Finance, Planning and Economic Development, and Marcus von Essen, Head of the East Africa Division of the German Federal Ministry for Economic Cooperation and Development.

The funds are initially intended for the transformation of agri-food systems in a context of declining agricultural yields exacerbated by the war in Ukraine. In particular, the conflict has created supply problems and led to higher prices for agricultural inputs. The German funding is not expected to replace Ukrainian and Russian fertilisers, but it should contribute to sustainable forest management in Uganda.

The agreement between Berlin and Kampala also covers the development of renewable energy and energy efficiency for electrification and food preservation. “Our cooperation aims to promote sustainable development through the creation of green jobs for young people and women, especially in the energy sector, for example solar technicians. And a further 22 million euros will target the construction of climate-resistant water and sanitation infrastructure in the north of the country,” says the German government.

These investments will contribute to the achievement of the UN’s Sustainable Development Goals (SDGs) by 2030 through the provision of clean drinking water, sanitation and renewable energy production.

In 2019, Uganda received support from the United Nations Development Programme (UNDP) and the Common Market for Eastern and Southern Africa (COMESA) for the implementation of the ‘Strengthening the Resilience of Agricultural Landscapes and Value Chains’ project in several districts such as Kamuli in the east of the country, Buyende not far from Lake Kyoga and Namutumba with a population of about 23,000. This Climate Smart Agriculture (CSA) initiative has increased the yield of agricultural land while conserving soil and water resources, by building the capacity of farmers, school children and local government extension workers.

Climate change has become a priority for the Ugandan government because it is also the cause of the rising waters of Lake Albert. These floods, which cause soil erosion and siltation, also encourage illegal fishing, cause the displacement of people and wildlife (especially flamingos and elephants), and bring down electricity transmission lines.